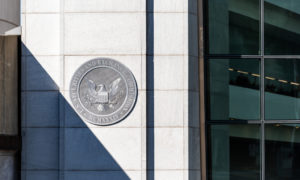 The Shareholder Rights Group (comprised of a leading group of shareholder proposal proponents) has written to the SEC in opposition to proposed rules that they argue would effectively undermine the ability of shareholders to respond to corporate responsibility and governance crises. The letter highlights how the proposed rule changes could have interfered with investor engagement in recent corporate responsibility crises and challenges at Boeing, Wells Fargo and Chevron.

In our assessment, the SEC’s proposed proxy rule changes would disrupt functional working relationships between shareholder proponents, institutional investors, and proxy advisors and companies. The proposed rule changes would make the path of investor engagement steeper and more convoluted, adding unnecessary costs and red tape, and making it more difficult for investors to foster sustainability, risk management, and governance improvements at their companies. It would block the most established and effective path for improving environmental, social, and governance (ESG) disclosure and performance of the market.

One of the major problematic concepts in the proposal is to make it much harder for shareholders to resubmit proposals.

To resubmit a previously voted proposal the existing resubmission levels require 3%, 6%, and 10% votes in the first, second, and third year of voting. This ensures there is enough support to justify the proposal persisting and growing consideration and support — sometimes over as many as 6 or 7 years.

But the SEC proposes much steeper thresholds.

The proposed increased thresholds of 5% support the first year, 15% on the second vote and 25% on the third vote, and a requirement not to “lose momentum”. In practice sometimes 10% or 20% of investors represent the leading edge of an issue – the prescient minority, and therefore it is not wise for the management to discount the topic they are raising.

We assessed how the proposed rules would have affected shareholder interventions at Boeing, Wells Fargo and Chevron. These three engagements epitomize the need for shareholders to engage on issues of corporate social responsibility. We found that resolutions implicating billions of dollars of investor/corporate value at risk would have been denied consideration at corporate annual meetings, had the proposed rules then applied.

Prior to the two crashes of Boeing’s 737 MAX airliners in 2018 and 2019, shareholders had long supported better disclosure of Boeing’s lobbying policies, expenditures and internal controls.

As proponents noted in an exempt solicitation [letter to fellow shareholders]: “Boeing is described as ‘one of the US’s most powerful lobbyists and one of the biggest players in the Washington influence game.’ Boeing ranks as the 10th largest federal lobbying spender since 1998, spending more than $274m.” Analysis and media coverage in the aftermath of the crashes indicated that an underlying reason for the failure of regulators to intercept the safety hazards was the degree to which Boeing’s lobbying practices led to regulatory capture – to such an extent that the government had largely allowed the company to regulate itself.

The crashes, the death of hundreds of people, and the grounding of planes have cost the company billions of dollars. The New York Times reported on December 16, 2019 that Boeing will temporarily stop making the 737 MAX, a decision that represents the culmination of the worst crisis in the company’s 103-year history.

Wells Fargo has suffered and continues to suffer a prolonged crisis of public, government, and consumer trust, having paid over $17.2bn in penalties since 2000. The Federal Reserve has capped the bank’s assets, ordered it to replace four directors, and cited “widespread insurance abuse.” The Consumer Financial Protection Bureau and the Office of the Comptroller of the Currency settled for $1bn in a case alleging failure to manage risk, and the United States Department of Justice settled for $2bn over mortgage backed securities originated by Wells Fargo.

"If the board and management had heeded the early warnings by shareholder proponents, billions of dollars in losses might have been averted."

Additionally, under the proposed thresholds, proposals for an independent board chair would not have been permitted from 2013 to 2016 due to “loss of momentum”. It is not clear how eager the company would have been to negotiate on this important governance issue when the proposal was filed in 2017, had the topic been excludable from corporate annual meetings for the prior three years.

The failings of leadership, toxic corporate culture, and misdirected incentives produced consumer fraud leading to deterioration of confidence in the company have cost at least $24bn in market value.

In the U.S., advancement on corporate climate initiatives has been driven to a large degree by shareholder proposals and shareholder engagement. One informative example is the progression of 2011-2018 hydraulic fracturing and methane proposals at Chevron.

In 2018, approximately 45% of Chevron’s shareholders voted in favor of a fugitive methane reduction resolution. In anticipation of the vote on the shareholder proposal, the company began to announce new measures to address methane management. For the first time, Chevron provided an intensity rate for its methane emissions in its Corporate Responsibility Report. It also signed on to oil & gas industry “Guiding Principles” for reducing methane emissions from across the natural gas value chain.

"Advancement on corporate climate initiatives has been driven to a large degree by shareholder proposals and shareholder engagement."

This significant advancement in the adoption of improved environmental practices and reporting grew out of the previous seven years of shareholder engagement. In 2011, a similar proposal on hydraulic fracturing had received 40% of shareholder support; in response, the company took some action and engaged in active investor outreach putting a positive “spin” on the issues, which resulted in a slight decline in voting support to a low of 26.6% in 2014. Despite still representing a significant portion of shareholder votes, this vote level would have triggered exclusion in following years, due to the proposed momentum exclusion.

The resubmitted 2016 proposal rebounded to a 30.7% vote, followed by the 45% vote in 2018 – and company action. The importance of methane management clearly had not diminished for the company, but the proposed rules would have cut off this productive investor engagement process in the most critical time period.

In disrupting what is currently an effective path toward improved ESG disclosure and performance, the Commission’s proposed rules would insulate corporate boards and CEOs from the valuable perspectives of shareholders and other stakeholders.

Sanford Lewis is founder of the Shareholder Rights Group.