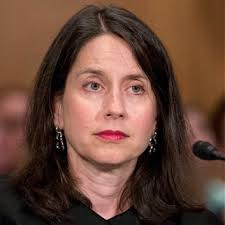 A top Securities and Exchange Commission (SEC) official has embraced a proposal from the Council of Institutional Investors (CII) which, through the use of what’s termed a ‘universal proxy ballot’, gives shareholders greater choice in US corporate board elections.

Current rules for board elections make it hard for shareholders to vote both for candidates from company management and those from dissidents on proxy ballots.

This is due to an SEC requirement dating from 1966 (the ‘bona fide’ rule) which holds that board candidates, whether nominated by management or dissidents, must consent to having their name used on the ballots.

But according to the CII, an investor body representing $3trn (€2.2trn) in assets, the bona fide rule has led management nominees to often reject being named on proxy ballots that also contain dissident nominees. As a consequence, “shareholders do not have the opportunity to split their tickets and vote for a combination of shareholder nominees and management nominees,” the CII said in a recent petition.

The SEC relaxed the rule somewhat in 1992 so that dissidents could include management nominees for shorter slates of candidates. Yet the move has achieved little beyond complicating the US board election process. Moreover, shareholders wanting to vote for a mix of management and dissident candidates can actually do so by attending the companies’ annual meetings.SEC Commissioner Kara Stein has now come out in support of what CII recommended in its petition: A universal proxy ballot – that is where the names of all board nominees, whether from management or dissidents, appear on a single ballot. Speaking at a CII event in Washington last week, Stein said: “It is time for the Commission to consider permitting, if not mandating, universal proxy ballots. We should not be in the business of disenfranchising shareholders.”

“We should not be in the business of disenfranchising shareholders.”

Without being more specific, Stein said she would like to see the Commission continue the discussion of the CII’s petition. The SEC’s five commissioners have been swamped with petitions recently, including a controversial one from the US Chamber of Commerce urging tighter rules on the resubmission of shareholder proposals that were previously defeated.

Also in her speech, Stein said it was necessary for the SEC to review its policy under which companies ask for permission to exclude shareholder proposals (the ‘no-action’ process). Explaining why, she cited recent proposals at two large US banks by the New York State Common Retirement Fund. Despite being “carefully drafted,” Stein said the scheme’s proposals regarding bonus compensation for risk-takers were ultimately excluded. “That’s not a good outcome for anyone,” she added.