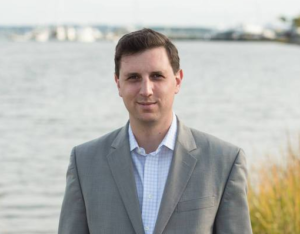 Seth Magaziner, the former SRI analyst who is now Rhode Island’s Treasurer, will join a proxy resolution led by a coalition of faith investors calling on Wells Fargo’s board to commission a report to address the root causes behind the scam accounts scandal that rocked the bank earlier this year that cost it $185m in fines and led to the ousting of CEO John Stumpf.

The coalition includes faith investors such as The Sisters of St. Francis of Philadelphia and the Interfaith Center on Corporate Responsibility (ICCR) and the move is believed to be Magaziner’s first co-filing.

Magaziner, who used to work at SRI firm Trillium Asset Management, wrote to Wells Fargo this week announcing he would co-file the resolution on behalf of the State’s taxpayers and public employees.

Magaziner wrote: “We are concerned that the conditions that led to such widespread misbehaviour across the company still have yet to fully be corrected.

“Our office has a fiduciary duty to ensure that companies in which we invest act in the best interest of the underlying investors, including the Rhode Island public employees whom we serve.”

According to Tim Brennan, treasurer and chief financial officer of the Unitarian Universalist Association, Wells Fargo has an “admirable” Code of Ethics and Business Conduct.“The problem is you get the behavior you reward, and the incentive systems at Wells Fargo led employees to take actions that made a mockery of the Code,” Brennan said in a statement published by the ICCR.

Magaziner has in the past opposed executive pay packages and last month the state’s Investment Commission voted to terminate its exposure to seven hedge funds and redeem $585m under his ‘Back to Basics’ investment strategy.

The coalition of investors has defined the scope of the review report as follows:

1. An analysis of the impacts on the bank, its reputation, customers, and investors;
2. Changes implemented or planned to strengthen corporate culture and instill a commitment to high ethical standards at all employee levels;
3. Improvements in risk management and controls, including new or revised policies and investment in people or technological solutions;
4. Evidence that incentive systems are aligned with customers’ best interests.
5. Changes in Board oversight of risk management processes;
6. Assessment plans to evaluate the adequacy of changes instituted over time;
7. Other steps to rebuild trust with key stakeholders—regulators, customers, and shareholders.