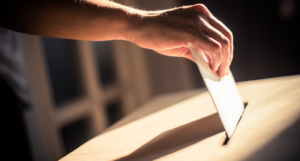 Seven of the world’s largest asset managers voted on less than 60% of environmental and social proposals at companies they held this year, despite being members – directly or indirectly under a parent company – of stewardship-focused bodies like the Principles for Responsible Investment (PRI) and investor engagement behemoth Climate Action 100+ (CA100+), analysis by ShareAction has revealed.

The analysis by the UK-based campaign group, published today, looked at the 2021 voting practices of 65 of the world’s largest asset managers across 146 environmental and social-focused (E&S) proposals filed at companies this year.

Munich-based MEAG, the investment arm of Munich Re, which manages around €339bn, was ranked as the worst by the campaigner, voting on none of the E&S proposals – for or against – that they could have based on their holdings. Just behind it was Santander Asset Management which failed to vote on 99% of proposals, according to ShareAction’s analysis. Both are signatories to the PRI and CA100+.

A spokesperson for MEAG told RI that the firm “pursues the achievement of ESG targets through ‘engagement’”. “Bilateral discussions with company representatives,” he said, is “the strongest leverage in implementing environmental and social concerns.” He added , however, that “climate policy will increasingly become part of our proxy voting guidelines”.

The other managers found to have supported fewer than 60% of proposals this year were Dekabank, Eurizon Asset Management, Swedbank Robur, Lyxor Asset Management and SEB. RI reached out to all for comment.

A spokesperson for Dekabank told that the reason for its low tally – the German group did not vote on 83% of proposals – is because it focuses its engagement and voting activities “mainly on Germany and Continental Europe”.

Swedbank told RI that the report’s “limited selection of companies, and its conclusions, gives an incomplete and misleading picture”. The spokesperson for the Sweden-based firm added that “we do not have any investments in 53 of the 170 companies included in the report, and very minor investments in 66 of the companies.”

The spokesperson also pointed out that in 2021, Swedbank increased its “number of votes by 30%, and in total, we voted on more than 700 AGMs/EGMs worldwide this year.”

Lyxor told RI that its policy, which has been in place since 2016, is to only participate in votes where its holdings represent more than “0.10% of a company’s capital in Europe as well as our largest consolidated holdings in US and Japan.” The spokesperson added that by that measure, “our support for the external shareholder’s social and environmental resolutions that have been raised within the ShareAction report has reached approximately 77% in 2021”.

The PRI had not replied to a request for comment at the time of writing on the failure of signatories to vote on E&S proposals. A spokesperson for CA100+ told RI that the initiative does not wish to comment on the actions of individual signatories. “We recognise each has its own policy and rationale for its voting behaviour and decisions. CA100+ does not instruct signatories on how to vote,” he added.

Other findings by ShareAction include that European asset managers continue to outperform their US counterparts on voting practices. The highest ranked US asset manager was Nothern Trust Asset Management in 33rd place, supporting 60% of E&S proposals. On average, European managers voted in favour of E&S resolutions 25 percentage points more often than their US counterparts (64 and 39%, respectively).

The top five supporters of E&S proposals this year, according to ShareAction, were Impax Asset Management Group, BNP Paribas Asset Management, Achmea Investment Management, and Robeco, all of which voted in favour of more than 95% of assessed resolutions where they had holdings.

ShareAction’s report also laid out once again the influence of the ‘Big Three’ – BlackRock, Vanguard and State Street – revealing that 18 more E&S proposals would have received majority support if one or more of the three, which collectively manage more than $20trn in assets, had supported it.

Although, BlackRock was found to have increased its average support for E&S proposals to 40% in 2021 from 12% in 2020. That jump, however, was not the greatest; both Nordea Asset Management and Credit Suisse Asset Management increased their support by 61 percentage points this year on last to 91% and 77%, respectively.

Credit Suisse declined to comment on the reason for the leap. Eric Pedersen, Head of Responsible Investments at Nordea, told RI that the change in support levels is “not a change in our stance on ESG-related proposals, but rather a radical increase change in our total voting volumes”.

As of 2020, Nordea updated its voting practices with the goal “to substantially increase voting over the next two years, including on smaller holdings”, he said. This calendar year, Pedersen revealed, the manager has “voted in around 95% of all AGM’s/EGM’s in which we had the ability to vote, and thus voted more or less every ESG proposal we have had the shares to vote on”.