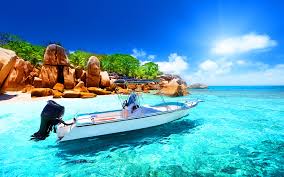 An innovative impact investment/sovereign debt-swap deal to finance marine conservation in the Seychelles has been arranged by US-based environmental charity Nature Conservancy, via its new NatureVest arm, with the country’s government and its Paris Club and South Africa creditors.

The deal took three years of negotiation and will see NatureVest, which was set up with investment bank JPMorgan Chase in April last year, loan the Seychelles government money to buy the island’s $31m sovereign debt from South Africa and its Paris Club creditors, an informal group that helps emerging market debt problems.

The Nature Conservancy is headed by former Goldman Sachs managing director and partner Mark Tercek. The chair of its trustee board is Craig McCaw, the telecoms mogul. Its board members include David Blood, senior partner of Generation Investment Management, Jack Ma, founder of online giant Alibaba Group and Frank Loy, the former US undersecretary of state for global affairs from under President Clinton.

Part of the new refinancing deal on the debt will include a commitment to enhance marine conservation and climate adaptation in the 115 islands in the western Indian Ocean, whose low-lying geography make its people and economy particularly vulnerable to climate change.

The debt will be issued to the soon-to-be created Seychelles Conservation and Climate Adaptation Trust. Over a 20-year period, the proceeds of the debt will be used to finance marine conservation and climate adaption, capitalize an endowment to finance work in the future and repay NatureVest, which was set up to explore “entirely new avenues for investments”.

This is the first time the Paris Club has supported a debt operation designed to benefit the environment, and the first time a southern creditor, South Africa, has participated in a buyback operation covering the debts of another southern country.Speaking to Responsible Investor, Rob Weary, senior director of product development at NatureVest, said the new trust will get loan repayments from the government to make grants to support organisations tackling climate change on the islands. NatureVest will sit on its board, as will local NGOs, local chambers of commerce and the hotel tourism association.

NatureVest has used $23m of its own capital resources, and also plans to raise $8m in grant funding to finance the deal.

Going forward, it will look at how to replicate the model to help other small island nations and bring in other investors.

Weary said the idea of blue bonds has been floated in recent times, most prominently by European fisheries chief Maria Damanaki at an event convened by the UK’s Prince Charles.

“These mechanisms are a way to finance this,” he said. He added that the deal helped address the marine conservation and climate adaption goals announced as part of the ‘blue economy’ theme at the Rio+ 20 meeting in 2012.