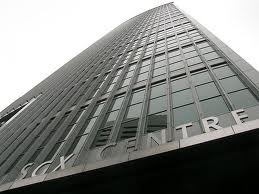 The Singapore Stock Exchange (SGX) has introduced new listing rules covering companies’ annual general meetings in a bid to boost engagement between shareholders and they companies they invest in.

The exchange said the new rules take into account comments received from a 2011 consultation and were refined after “intensive” liaison with various stakeholders.

The package of measures includes greater disclosure of voting, a move away from a show of hands at AGMs and a new requirement that listed firms should hold their AGMs in the island city state.

The exchange argues AGMs are an important channel for companies to engage their shareholders because they allow investors to “interact” with corporate boards and senior management.

“Shareholders can ask questions to gain a better understanding of the state of affairs of the issuer, details of the strategic plans and the risks involved in the proposals put up for decisions,” it said.

The rules on holding AGMs in Singapore come into effect from January 1 2014 while the requirements on poll voting and voting disclosure start from August 1 2015.

Under poll voting, this more “equitable and transparent” process will enable shareholders to demonstrate their concerns in a manner “more accurately reflective of their shareholdings”.

While SGX admits this may mean higher costs for companies, it argues that the increased transparency, greater shareholder participation in AGMs and the improved overall corporate governance of firms “justifies the increased cost for the betterment of the issuer [company] and its shareholders”.The SGX added that all shareholders are “strongly encouraged” to continue attending and participating actively in AGMs.

At the RI Asia conference earlier this year, SGX Chief Executive Magnus Böcker revealed that the exchange was planning to move to a comply-or-explain corporate governance regime despite a disappointing response to an SGX-backed survey on the sustainability policies of companies listed in the country.

In a keynote address, Böcker also told the conference that the exchange was also exploring the possibility of creating a Singapore sustainability index.

Singapore has a total of six signatories to the Principles for Responsible Investment (PRI): four asset managers and two service providers.

SGX is the latest exchange to make a move in the environmental, social and governance (ESG) area recently. New York Stock Exchange operator NYSE Euronext said it has achieved carbon-neutral status for the third year in a row. Germany’s Deutsche Boerse is backing the Integrated Reporting initiative, which seeks to combine financial and sustainability reporting. And the Tokyo exchange has just announced how companies with strong female empowerment policies outperform their peers.