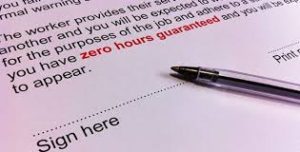 Institutional investors have a duty to encourage investee companies to improve conditions for their workers, according to a report published by ShareAction and the Joseph Rowntree Foundation, as shareholder-led strategies to reduce inequality and protect the economic interests of low-paid beneficiaries grow in importance and scope.

It comes as Sports Direct, the UK retail group, came under heavy investor scrutiny at its AGM over issues relating to poor treatment of workers and conditions that the UK government has called “closer to that of a Victorian workhouse than that of a modern, reputable high street retailer”.

Employees at the sports goods company, overseen by controversial owner, Mike Ashley, were found to have been paid less than the national living – or even minimum – wage with zero-hours contracts and other indications of unreliable employment.

ShareAction has also called on other institutional investors to do the same and take other actions “to ensure the company addresses concerns about the appalling treatment of workers and contractors”.

The report, meanwhile, considers all of the activities that investors can take in order to improve matters for company employees and evaluates the potential good they can do, with an emphasis on active ownership and a concerted interested in engagement and voting.

It argues that the best solution is a collaborative, investor-driven programme to obtain comparable data on workforces and supply chains, such as efforts enacted by the Carbon Disclosure Project and other industry deep-dives.The renewed call for collaborative engagement matches plans announced by the Investor Forum to develop a framework for collective shareholder engagement, which will allow investors from different countries to work together.

In the instance of Sports Direct, British Home Stores and other failures of companies to protect the rights of their workers, the report says that investor engagement programmes are key. It draws attention to the Living Wage project, which saw investors representing £1.3tn in assets campaigning to urge FTSE 100 employers to provide better baseline salaries for all employees.

In an interview with the Financial Times, Catherine Howarth, ShareAction’s Chief Executive, said that for many British workers that last decade has been “characterised by sustained pressure on living standards” due to poor worker rights and a rising cost of living.

“Many of those now saving in workplace pension schemes are distinctly vulnerable in our economy,” she added. “It seems right to ask in an era of mass participation in the private pension system if schemes should take account of their members’ lives and needs in the here and now.”

Other solutions offered by the report include revisions to the Stewardship Code and rules governing pension schemes and the nature of fiduciary duty when it comes to ESG factors, and the inclusion of “saver representatives” in the governance structure for all kinds of pension schemes.