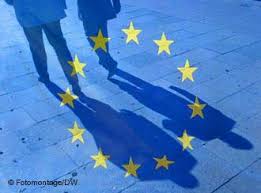 UK campaign group ShareAction plans to co-ordinate letters from institutional investors to companies whose public position on climate change contradicts their membership of trade associations that are lobbying against EU climate policy.

The campaign is in reaction to new research from the UK think tank Policy Studies Institute (PSI) at the University of Westminster called Lobbying by Trade Associations on EU Climate Policy which finds that many major multinational companies with strong sustainability policies are at the same time members of trade associations resisting EU climate policy.

The academic report profiles eight trade associations including BUSINESSEUROPE, which has argued that EU climate targets undermine industrial competitiveness. The report questions whether this type of lobbying by trade associations is aligned with the stated sustainability policies of the companies that are their members. The researchers found that investors have concerns about the misalignment between companies and their trade associations on climate policy in both the EU and the US.

It cites one investor as saying: “The point is not that trade associations per se are bad. Our concern is that they are being funded to represent the short-term interests of the sector, which may not ultimately be in the long-term interests of investors, such as ourselves and ultimately our clients, whose money we are stewards of and investing on their behalf.”Alongside profiling trade associations, the report has a list of member companies that are also members of prominent sustainability initiatives such as CERES or the Climate Group. Companies include Microsoft, PwC and Facebook.

Speaking to Responsible Investor, Catherine Howarth, CEO at ShareAction, said it would be launching co-ordinated letters from institutional investors to particular companies with such discrepancies.

She added that there would be public mobilisation with emails to investors and companies on the matter.

“Trade associations are a secret vehicle through which companies vote for narrow business interest against the wider interest of long-term asset owners,” said Howarth.

“Runaway climate change would be immensely costly for long-term investors such as pension funds. That’s why many such investors have committed themselves to supporting a global deal and EU leadership on climate.

“But right under their noses, many companies in their portfolios are contributing shareholder funds to secretive trade associations that seem determined to undermine climate security. This Jekyll and Hyde behaviour on climate change has to stop.”

BP last week announced its intention to withdraw membership from US-based lobbying group, the American Legislative Exchange Council; the move followed a question at last year’s AGM, and a letter, from ShareAction.