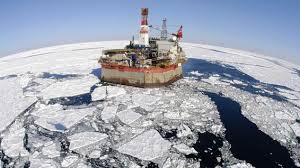 As Ben van Beurden, Shell’s new CEO, prepares for his first strategic presentation to investors in mid-March, the company stands at a strategic crossroads.

Its response to the reserves scandal in 2004 has been a programme of relentless capital expenditure. This included an investment in US Arctic leases in the mid-2000s that dwarfed other companies’ spending. Yet, Shell’s US offshore Arctic plans have been a failure despite expenditure, to date, in excess of $5bn. Following a 2012 drilling season beset by multiple operational failings and a subsequent ‘pause’ in the company’s Arctic programme, Shell announced, on January 30 2014, a reversal of its intention to return to the Chukchi Sea in the summer of 2014 – a decision forced by a US appeals court judgment.

This latest setback in Shell’s stop-start US Arctic programme was accompanied by a fall in profits attributed in part to ‘high exploration costs’.

Despite increasingly vocal shareholder calls for greater capital discipline, Shell remains committed, at least publicly, to the high cost, high risk US Arctic Ocean. This position stands in marked contrast to its peers. Other oil majors – Statoil, Conoco-Philips and Total – have all stepped back from drilling for oil in US Arctic waters, largely at the project level, for reasons of cost, as well as regulatory uncertainty. Total has announced that it will not drill for oil at all in the Arctic Ocean due to the reputational risk of any spill in the region.

In assessing the company’s strategic priorities, investors and company management must balance any focus on reserves replacement ratio with the potential impacts of the short and long-term risks of each project. The US Arctic Ocean presents almost a perfect storm of risks: a requirement for a capital-intensive investment for uncertain return, a remote and uniquely challenging operating environment, ongoing court challenges, a lack of extraction and spill response infrastructure, and the spotlight of the world’s environmental organisations, the US political community and international media.ShareAction’s new report: Frozen Future: Shell’s ongoing gamble in the US Arctic published with Greenpeace UK, Platform, Oil Change International, Pacific Environment and Oceana, explores these many risks. Many of the issues which lay at the heart of the failed 2012 drilling programme remain unresolved including a refusal to test essential safety equipment in real-life conditions; a reliance on spill clean-up technology that will not be sufficiently effective in icy waters; and a lack of specificity on contractor selection and management.

There are also questions regarding the commercial viability of Shell’s Chukchi Sea prospect in the US Arctic. While proprietary data from Shell’s geological assessment may encourage the company to drill for oil there, US government data suggest that it is likely to be an uneconomical gas play. Even with an oil find, commercial viability would depend on high oil prices in the 2030s which in turn depends on highly unpredictable technological changes and continued inaction on climate change.

A major spill in Arctic waters would have potentially catastrophic financial implications for Shell. The region’s icy remoteness compounds the problems faced in any major oil spill. With its nearest major airport and road system several hundred miles away and the nearest US Coast Guard station 1,000 miles away, there are several significant logistical difficulties in responding to a spill. In addition to significant financial penalties in the form of clean-up and remediation costs (compounded by the logistical challenges), regulatory fines and prolonged litigation, Shell would also likely face uncertain impacts on share price and credit ratings, unprecedented reputational damage, and a threat to its ability to do business in the US. Almost four years after the Deepwater Horizon disaster, BP is still banned from bidding for government contracts. As Shell’s self-insurance is generally limited to $1.15bn per event, it is likely that the company would be forced, as BP was, to conduct a sale of assets to meet the resulting financial liabilities.

Pension funds around the world suffered the financial fallout of Deepwater – BP’s share price collapsed and dividend payments were cancelled. Shell is the largest company in the FTSE 100 making it the single biggest shareholding in almost every UK pension fund and a major holding in funds worldwide.

ShareAction has long championed greater accountability by pension funds and investors to underlying savers. Given the risks posed by Shell’s Arctic plans we are facilitating direct interaction by pension savers with their pension providers on this issue. We believe this gives substance to recent policy measures to encourage moreengaged and responsible share-ownership by pension funds.

In the wake of Deepwater and in light of the many outstanding questions about Shell’s high risk US Arctic plans it is vital that those who manage the savings of millions of working people take steps to challenge Shell’s strategy and report back to savers on how they have done this.

Louise Rouse is ‎Director of Engagement at ShareAction