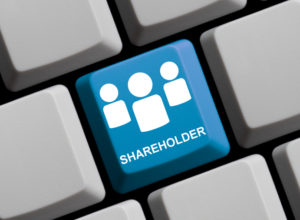 A study by UK responsible investment organisation ShareAction has thrown up some anomalies in the climate-related voting records of some of the asset manager signatories of the Climate Action 100+ investor initiative.

While European CA100+ investors feature in the top five best performers (UBS, Allianz, Aviva, HSBC, LGIM and Axa), and the bottom 10 is populated by American non-CA100+ asset managers (including the “Big Three”: BlackRock, Vanguard and State Street), the report shows some discrepancies have emerged.

Jeanne Martin, Senior Campaigns Officer and author of the report, stated: “A number of CA100+ investor signatories fail to support resolutions at CA100+ focus companies, such as Chevron, Duke Energy, Ford and General Motors (GM), some of which were originated by CA100+ investor leads.”

Take Northern Trust – which is not only a supporter, but a participant in CA100+ – ranks eighth among the worst climate voters, with just 21.3% of support for climate related resolutions.

Northern Trust is slightly behind State Street with 26.2%.

As reported by RI a month ago, Northern Trust voted against one of the most critical resolutions this year. This was the independent chair proposal at Exxon, which became a focus in lieu of the climate resolution that the company was able to dodge.

Schroders did not vote for this independent chair proposal either, filed by the Church Commissioners and the New York State Common Retirement Fund.

ShareAction’s Martin stated in the report: “Northern Trust voted against 12 out of the 16 resolutions filed at CA100+ focus companies included in this study. Some of these resolutions were originated by the CA100+ lead investors of these companies.”

Also at Exxon, the climate change board committee resolution, whose proponent Arjuna Capital had called on peers to support it through a ‘notice of exempt solicitation’, was voted against by some CA100+ participants.

APG, which co-leads engagement at Nestlé for CA100+, voted against Chevron’s transition planning resolution, which was co-filed by As You Sow, Arjuna Capital and Boston Trust Walden Company. APG had voted for a similar resolution the previous year.

Also on lobbying, ShareAction’s report highlighted a number of “historical resolutions” that are either stagnating or declining when it comes to support from CA100+ participants.

At BlackRock (as an issuer) and United Parcel Service, Union Investments has consistently voted against such historical resolutions. And Schroders and Aberdeen Standard have started to vote against them at FedEx and CH Robinson Worldwide.

In addition, ShareAction said it was not able to obtain any data of Sumitomo Mitsui Trust Asset Management, whose parent company is a CA100+ participant. Similarly, it obtained less than 15% of non-CA100+ investor Credit Suisse Asset Management’s proxy voting data.

Another highlight of the study is that the filer of a resolution matters. There’s a higher average rate of support if the filer is an institutional investor (38.4%) versus an NGO or retail investor (11.6%).

All of the worst-rated asset managers identified by study have been signatories of the Principles for Responsible Investment for at least five years.