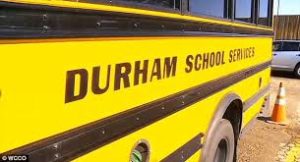 Institutional investor groups in both the UK and US have expressed alarm that London-listed transport group National Express has been able to exclude a shareholder proposal focused on labour practices at its US operations.
For the past couple of years, the US labour union the International Brotherhood of Teamsters and other supporters have filed resolutions at National Express focusing on its labour practices at its US subsidiary Durham, which runs school buses.
The resolution last year, calling on National Express to hold an independent investigation into labour practices, received 15.38% of support from shareholders, including from names like the California State Teachers Retirement System (CalSTRS) and Dutch pension investment giant APG.
But this year, a similar resolution, sponsored by the pension fund of UK public service union UNISON, the Teamsters General Fund, SEIU Master Trust and individual shareholders, has not made it onto the AGM agenda despite being lodged with the company on 30 December 2015.
The rationale for the omission hinges on a technicality in UK company law. Although the union proponents believe they had the support of 100 shareholders – required to make the proposal eligible – the company says it has grounds for omitting the resolution.
Under the UK Companies Act 2006, a company is required to give notice of a resolution from members representing at least 5% of the total voting rights or at least 100 members holding shares in the company “on which there has been paid up an average sum, per member, of at least £100 (€127)”.
National Express says that the 100 shareholders supporting the resolution do no meet the “£100 paid up per member test”, as in its view the term “paid up”, which is not defined in the Companies Act, means nominal value only (in National Express’ case 5 pence) and not nominal value and premium.
A National Express spokesman told RI: “The resolution proposed by the Teamsters had less than 10% of the required support to meet the requirements for inclusion on the AGM agenda.”

The UK’s Local Authority Pension Fund Forum (LAPFF), a group of 64 public pension funds with combined assets of £160bn (€201bn) has called it “troubling” for shareholder rights. And in what observers describe as unprecedented in the UK, the Council of Institutional Investors, the US-based pension fund body whose members have combined assets of more than $3trn (€2.6trn), has also raised concerns.The company issued its AGM notice two weeks later than its annual report, which UNISON and the Teamsters say has reduced the time available to appeal against the omission of the resolution.
“This is a highly antagonistic move by a major British PLC to exclude a shareholder proposal on a critical ESG issue,” said Dave Prentis, General Secretary of UNISON.
“Through its American subsidiary, Durham School Services, National Express is not only violating its employees’ workplace rights, it has now taken to silencing debate and suppressing shareholders’ voices.”
Ken Hall, General Secretary Treasurer of the International Brotherhood of Teamsters, added: “Over the past week, shareholders have expressed dismay both at the company’s handling of the resolution and the lack of progress on the issues that lie behind it.”
Kieran Quinn, chair of LAPFF and the Greater Manchester Pension Fund, said: “LAPFF understands that the company failed to engage with the proponents of a resolution filed by a group of National Express shareholders, and failed to inform them that the resolution would not be included in the AGM notice before issuing it.
“That a major PLC such as National Express failed to undertake such a basic step is deeply troubling from a shareholder rights perspective.”
Ken Bertsch, Executive Director at the Council of Institutional Investors, said he could not comment on the substance of the proposal but he was concerned with National Express’ procedure for implementing proposals following its decision to exclude it.
“The proposal was presented in a way that followed procedure with support from 100 shareholders. National Express had a different view of meeting the requirements for nominal holdings. They should have presented their concerns to shareholders submitting the resolution if there was a problem and try to remedy it.”
Bertsch – who took over at the CII earlier this year after senior roles at Morgan Stanley, Moody’s and TIAA–CREF amongst others – added that a lot of its members had concerns.
Unlike in the US, where the Securities and Exchange Commission (SEC) arbitrates when a company seeks to exclude a shareholder proposal, there’s no such function in the UK. Commentators have told RI that the affair highlights a weakness of the UK corporate governance code which does not cover annual meeting procedures. The only recourse shareholders have is the courts.
The Teamsters will be present at National Express’s AGM in Birmingham in central England on May 11.