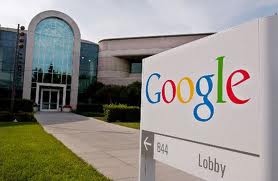 NorthStar Asset Management, the US socially responsible investment firm, has issued a rebuttal to Google’s opposition to a request to let shareholders vote on the company’s political contributions.

Boston-based NorthStar tabled a proposal at the Internet giant’s annual meeting later this month seeking a list of its specific electioneering and political contributions expenditures – and an advisory shareholder vote on its policies and plans.

NorthStar, founded in Boston in 1990, also sought management analysis on the “congruency with company values” of its political and electioneering policies.

Now Julie Goodridge, the founder and CEO of NorthStar, has written to fellow shareholders seeking support for its resolution, saying Google’s policies are inconsistent with its stated values.

NorthStar’s focus is Google’s NetPAC, or political action committee, which it set up in 2006 “to support federal officeholders and candidates”.

PACs are at the heart of the debate about corporate political contributions triggered by the controversial Citizens United ruling in 2010.Goodridge says NetPAC provides financial support to politicians and committees “that work contrary to Google’s nondiscrimination and environmental stewardship goals”. This “may negatively impact brand image and shareholder value” NorthStar adds.

Google is resisting the motion, arguing that it didn’t think an annual advisory vote on political contributions would provide stockholders with any more “meaningful information than is already available”. The meeting takes place in Mountain View, California on June 21.

NorthStar, which rejects what it calls “backroom dialogues” as a form of engagement, published a paper on shareholder activism and corporate political contributions called “Fiduciary Responsibility in Corporate Political Spending” in February this year (link).

Elsewhere in the US, Wal-Mart suffered what New York City Comptroller John Liu called a “vote of no confidence” in the entire board over its Mexico bribery allegations. More than 30% of external shareholder votes were cast against the retail giant’s chairman, CEO and former CEO. Google proxy