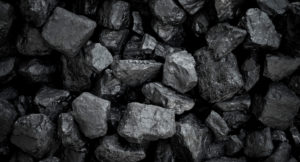 Market Forces, the Australian advocacy group, is filing an unprecedented series of shareholder resolutions at coal producers asking them to explain how they will wind down their operations to align with the goals of the Paris Agreement.

Market Forces said it has already filed a resolution at Whitehaven Coal, which this week received regulatory permission to expand its Vickery coal mine in New South Wales worth, A$607m (€368.6m). The expansion proposals garnered nearly 2,000 comments to the planning commission – more than half objecting to the plans – alongside nearly 1,000 campaign emails. However, Whitehaven got the green light to up coal extraction at the site by almost 25%. It will also "increase the peak annual extraction rate from 4.5 to 10 million tonnes (+250%)" and  "increase the disturbance area by 776 hectares", according to documents.

Julien Vincent, Market Forces Executive Director, said the key question now is whether ‘pureplay’ fossil fuel companies will “exit gracefully” from the industry as the world transitions towards a low-carbon economy, or “wreak havoc as they go down”.

He said the resolutions “marry the goals of protecting the climate, preserving capital and supporting workers in companies” for which “there is no place in a decarbonised economy”.

Among fellow shareholders who will have the right to vote at Whitehaven Coal are the UK’s M&G Investment Management with 5.42% of shares, the Netherlands’ APG Asset Management (4.19%) and BlackRock (3.12%), according to data by MarketScreener.

Market Forces said it expects soon to gather the necessary support of 100 shareholders in order to file the same resolution at three more ‘pureplay’ coal firms.

The second is Cooper Energy, in which NBIM has a 2.28% stake, Dimensional 1.72% and regional divisions of Vanguard and Fidelity International own 1.24% and 1.37% of shares, respectively.

In the resolution, Market Forces called for a “managed decline” for fossil fuels. It requested the coal companies to disclose “a plan to limit capital expenditure to only support production that is viable in a Paris-aligned scenario, and meet the company’s obligations for asset site rehabilitation, employee wage and entitlement payments, and an employee transition plan.”

Meanwhile, media reports in Australia have flagged a number of write-downs in the value of renewable assets at two listed energy companies.

New Energy Solar announced on 12 August that, due to a 30% decline in electricity spot prices, it expects a 8% to 10% reduction of the portfolio value expressed in the audited results for the financial year ended 31 December 2019.

AGL Energy also announced today write-downs on the value of solar and wind assets as it released annual results. Reportedly, other renewable energy companies have experienced similar setbacks, among them France’s Neoen in France, the UK’s John Laing and Foresight Group, and Italy’s Bungala Solar Project.

The moves come as oil majors in Europe and North America write down billions in assets and report heavy losses for the first half of 2020.