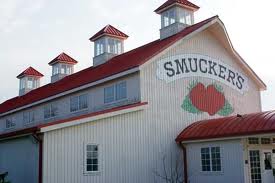 A range of shareholders has backed a management proposal on annual director elections at US food group J.M Smucker Co.‘s annual meeting this week, representing another gain for the pension fund-backed Harvard Shareholder Rights Project (SRP).

It follows majority backing for a similar motion filed by the project last year and signals a change of stance at the Ohio-based company.

Smucker’s proposal to “declassify” its board at tomorrow’s (August 14) AGM in Wooster, Ohio has the support of the California State Teachers Retirement System (CalSTRS), the AFSCME Employees Pension Plan, Christian Brothers Investment Services (CBIS), the Florida State Board of Administration, Trillium Asset Management and Calvert Funds, according to advance voting data.

The proposal was originally filed at last year’s meeting by the SRP, which is headed by governance professor Lucian Bebchuk, and the Los Angeles County Employees Retirement Association (LACERA) as part of the project’s on-going governance campaign.

They had argued that the change would enable shareholders to register their views on the performance of all directors at each annual meeting and make them more accountable.

But the company initially resisted the proposal saying it “does not state any specific reasons why declassifying this board will benefit this company or you, its shareholders”.However, shareholders disagreed and backed the resolution, in an advisory vote, by 66m in favour vs. 19.8m against. At the time Smuckers said it would consider the vote as it evaluated its governance practices. It revealed it had changed its mind in its proxy last month, saying: “The board unanimously recommends that the shareholders approve and adopt an amendment to the regulations that would require that all directors be elected annually.”

“The board unanimously recommends that all directors be elected annually”

Under the proposed amendment, annual director elections will become effective as of its 2014 AGM, phased in over three years.

The project said in its mid-year report last month that 77 S&P 500 and Fortune 500 companies had declassified their boards during 2012 or the first half of 2013.