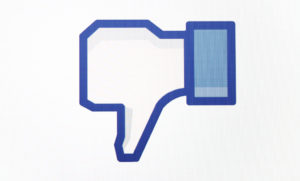 Facebook is facing calls from shareholders to “re-boot” its tarnished brand and usher in a “new era of responsible operation” in response to the scandals that have engulfed the US social media giant in recent years.

The call comes in a shareholder proposal filed by Californian non-profit group As You Sow. It outlines eight specific changes that the company should make by Labor Day in September to initiate a “Facebook 2.0”.

Included in the list are a commitment to: delete all images of child pornography and torture and the associated accounts from the platform; delete all political ads containing “lies and mistruths”; and establish systems to prevent the site being exploited going forward.

The resolution cites high-profile scandals such as use of Facebook by the Myanmar military in its campaign against the Rohingya people; the use of the network by Russia to influence the 2016 US election; and the misappropriation of users’ data by Cambridge Analytica.

As You Sow’s CEO, Andrew Behar told RI that the law has not kept up with technology and that Facebook is not being held accountable for the power it wields.

“Essentially they [Facebook] are operating in a rogue universe where they don’t seem to take responsibility for their own actions and we think that this is a material risk to investors,” he said.

Behar warned that Facebook could “become a footnote in history if they don’t recalibrate, reboot”. He pointed to deleted Facebook campaigns and added his prediction that pension funds would start to underweight the company because, he said, the company “could really topple fast and they will have to protect themselves”.

The company have not sought to oppose the resolution via the SEC, as far as Behar is aware, but nor has it responded to As You Sow’s attempt to engage on the issue.

Facebook is also one of the tech giants that has been targeted in an initiative led by New Zealand’s sovereign wealth fund, NZ Super, following the live streaming of the Christchurch shooting on its platform.

Eighty-nine investors representing more than NZ$13trn (€7.7trn) in assets are currently supporting the initiative which is also targeting Twitter and Alphabet (Google).

In October, Facebook’s lack of policy oversight of political ads on the site was addressed in an open letter by employees to management in which they expressed concern over the way the platform had been weaponised for political purposes.

Last year, As You Sow co-filed the proposal on splitting Mark Zuckerberg’s Chair and CEO roles with Boston-based SRI firm Trillium and another on content controls filed with US activist investor Arjuna Capital.  They received 20% and 5% shareholder support, respectively – decent results when one considers that Facebook’s dual class structure that favours Zuckerberg.

Behar expects “massive” shareholder support for the new resolution but concedes because of “Zuckerberg’s ten to one voting preference” it might not be reflected in the result.

He said: “Essentially what we have here is a situation where we have an authoritarian person – who can make unilateral decisions that affect millions and millions of people –unwilling to listen to anyone else that has reasonable opinions, to the detriment of his own company.”

Despite this, Behar told RI that he’d be “surprised” if there was not a “significant shift” in the attitude of management after this year’s annual meeting.

As You Sow has also co-filed last year’s resolution again with Trillium on splitting the CEO/Chair role at Facebook.

But this year the resolution it has co-filed with Arjuna has changed, calling for Facebook’s board to nominate at least one candidate with “a high level of human and/or civil rights expertise and experience”.