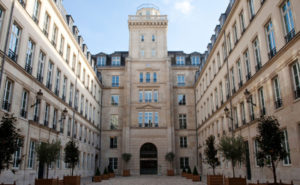 Shareholders could be allowed to vote on companies’ non-financial statements under new proposals from the European Securities and Market Authority (ESMA).

ESMA and its fellow EU supervisory bodies the European Banking Authority and the European Insurance and Occupational Pensions Authority (EIOPA) – collectively known as the ESAs – have each released weighty reports on short-termism at the behest of the European Commission.

The reports are part of the ESAs’ work on sustainable finance linked to the Commission’s Action Plan on ‘Financing Sustainable Growth’.

One of the most eye-catching proposals from ESMA is a suggestion that Commission “should carefully consider whether, for those companies that fall under the obligation to publish a non-financial statement, a general advisory vote on that document could serve as an effective tool for investors to voice any concern they might have on the way investee issuers approach sustainability risks”.

The EU’s Non-Financial Reporting Directive (NFRD) sets out the minimum level of climate and environmental information that over 6,000 European companies must include in their annual reports.

ESMA said that a vote would be a “preferable option” to the introduction of ad-hoc votes on a specific document, such as a sustainability policy.

“Indeed, ESMA finds that duplications of disclosures and votes might not be conducive to enhanced engagement but might rather increase risks of fragmentation of investors’ efforts.”

ESMA also suggested that action could be taken to “potentially facilitate (collective) engagement” between investors and corporates by providing further clarity on the boundaries of acting in concert by institutional investors.

The Paris-based body also noted “regulatory novelties” such as increased dividend or voting rights, e.g. via loyalty shares to promote long-termism. It says the Commission should assess the impact of national legislation that has recently introduced and “consider whether EU-harmonised incentives would be necessary”.

It found that “immediate legislative action is not warranted” in the area of remuneration policy and remuneration practices of fund managers as “stakeholder input” pointed to the “substantial remuneration rules for investment funds which have been put in place in recent years”.

And ESMA found that “shareholder activism, short selling and securities lending and algorithmic and high frequency trading” had no case to answer for short-termism. “ESMA takes note of these topics, however, it does not see a solid basis for additional policy recommendations at this stage.”

But in its evidence section, ESMA noted a “warning” from an unidentified investor association that securities lending, to facilitate short-selling, can place undue short-term pressure on companies when long-term oriented investors lend securities to short sellers that use the securities for short-term purposes.

Sell-side research comes under scrutiny in the report, with ESMA noting a “significant number of respondents” consider sell-side analysts as “drivers” of short-termism, “choosing this node in the investment chain as the one that contributes most to short-termism”.

The EBA, for its part, called for “more explicit legal provisions on sustainability” in the Capital Requirements Directive (CRD) and the setting up of a “centralised database on environmental data for financial sector”.

Occupational pensions and insurance overseer EIOPA, in its report, said it found little evidence of short-termism – though it pointed out there is no clear definition of it.

“This investigation has not found strong evidence for practices or trends that could be considered undue short-term behaviour.

“Moreover, there is a lack of a commonly accepted definition of what is an adequate time horizon for specific classes of investors that can be used as a benchmark to assess the existence of excessive short-termism.”

In this context it “recommends provisions facilitating the generation and publication of long-term performance benchmarks”.

EIOPA says: “Such benchmarks with an extended target period should be more appropriate for the insurers and IORPs, among other institutional investors, as well as their customers, as they focus on long-term value creation rather than immediate shareholders’ interests or excessively short-term profitability objectives.

“Publicly available long-term performance benchmarks in addition to benefiting consumers would also allow different remuneration practices to be assessed on a more long-term basis and contribute to ensuring the consistent application of remuneration principles.”