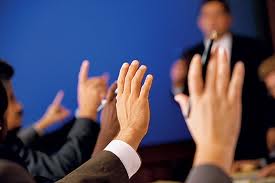 A series of shareholder proposals on environmental, social and governance (ESG) issues won strong support at Exxon Mobil’s annual shareholder meeting in Dallas last week, according to a new Securities and Exchange Commission filing.
A proposal from veteran shareholder activist Robert Monks’ Ram Trust Services calling for an independent board chairman won 31.3% support. Ram Trust had argued that it is the role of the CEO and management to run the company while the board’s role is to provide independent oversight. The company advised voting against this and all the shareholder resolutions.

The Laborers National Pension Fund’s motion on political contributions received 23.6% backing.
And the New York State Common Retirement Fund’s request that Exxon amend its equal employmentopportunity policy to explicitly prohibit discrimination based on sexual orientation and gender identity received 19.9% support. A similar proposal from the fund gained 22.2% at Exxon’s 2010 AGM.
A call for the company to set out a policy on the human right to water by NorthStar Asset Management had 6.9% support (2010: 6.7%).
Green Century Capital Management’s request for a report on the risks associated with Canadian oil sands operations had 27.1% backing (2010: 26.4%). The resolution looking at the environmental impacts of ExxonMobil’s hydraulic fracturing (“fracking”) operations gained 28.2% support (2010: 26.3%)