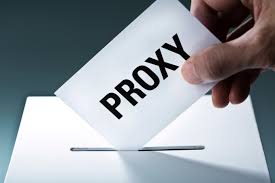 Companies, including Amazon, deemed to be supporting President Trump’s “zero-tolerance” immigration policies have been targeted with shareholder resolutions from faith-based and activist investors.

Investor members of the Interfaith Center on Corporate Responsibility (ICCR) are focusing on companies they deem at risk of human rights violations as a result of government contracts around immigration.

The ICCR says that as a result of the Trump Administration’s adoption of a more aggressive approach to restricting immigration, arrests by the Immigration and Customs Enforcement (ICE) rose 11% during 2018.

“The resulting detention of undocumented immigrants and asylum-seekers, especially the separation of minor children from parents entering the U.S., has spurred widespread debate regarding potential human and civil rights violations,” it says.

The Service Employees International Union (SEIU) is lead filer on a shareholder resolution at private prison CoreCivic asking it to incorporate respect for inmate and detainee human rights into incentive compensation arrangements for senior executives.

The SEIU has also co-filed a resolution at private prison GEO Group with Mercy Investments, and lead filer the USA West Province of the Society of Jesus. It requests that GEO report annually on its website to investors on how it implements its policy addressing “respect for our inmates and detainees”. This includes metrics to assess human rights performance and how it ensures employees are aware of the policy.

Both companies, which have come under fire for detaining undocumented immigrants and asylum-seekers, have challenged the proposals.

Defence contractor Northrop Grumman Corporation faces a resolution filed by the Sisters of St Francis of Philadelphia following failed engagement with the company on its use of facial recognition technology.

Sister Nora Nash, Director, Corporate Social Responsibility at the Sisters of St Francis , said the group it had been in dialogue with Northrop Grumman for several years on developing a human rights policy based on the UN Guiding Principles on Human and Business Rights.It decided to file a proposal after Northrop was awarded a $95m contract with the Department of Homeland Security to develop recognition technology. “Biometric identity management technology raises many questions as it could invade privacy and poses risks to especially immigrant communities and communities of colour,” said Sister Nora.

The proposal, challenged by Northrop, requests a report on management systems and processes to implement its human rights policy.

Amazon has also been targeted for its facial recognition technology, with a shareholder proposal asking it to prohibit sales of its Rekognition “deep learning” image recognition service.

Rekognition, which is marketed by Amazon Web Services, has been accused of racial bias. In one test, the technology disproportionally misidentified African-American and Latino members of the US Congress as people in criminal mug shots.

Open MIC, a non-profit group that fosters shareholder engagement at tech and media companies, organised the resolution filed by the Sisters of St. Joseph of Brentwood, a member of the Tri-State Coalition for Responsible Investment.

Meanwhile, an activist investor has filed a shareholder resolution at private prison firm CoreCivic that would prohibit it from housing separated immigrant detainee families.

Alex Friedmann, who served time in a private prison and has been filing resolutions for a number of years, said in statement: “While CoreCivic claims it doesn’t set immigration policy, it does have the ability to set its own policies and decline to use its facilities to hold children or parents who have been separated by order of government officials.”

Asked whether his or other similar resolutions would gain any shareholder support, Friedmann told RI “honestly no”.

Nevertheless, the Human Rights Defense Center is raising money to cover the costs of contacting shareholders about the resolution if it makes it through the SEC’s review process.