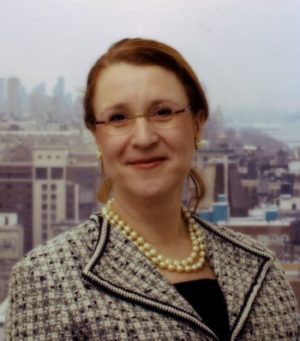 The best way of describing Laura Berry’s role in Shareholders for Change (SfC), she chuckles, is “as a sort of godmother”.
After a decade heading up the Interfaith Centre for Corporate Responsibility (ICCR), Berry retired in 2016 and now has a voluntary advisory role with the ethical investment initiative, launched last December. Unlike the ICCR, SfC is Europe-focused, not North American, and its members include values-led investors as well as faith-based ones.

Led by Italy’s Banca Etica, via its responsible investment house Etica Sgr, the initiative’s other six founding (and, currently, only) members are:

At a time when the ESG space is desperately trying to shake off the ‘ethical’ label and cling tightly to ‘objective’ arguments around materiality and risk, SfC offers a refreshing reminder that ethics still has a role to play.
“There is a morality and justice piece to all this that often gets left behind,” says Berry, pointing to the fact that many now-mainstream ESG topics such as climate change were actually spearheaded by mission-led investors. “There’s a pattern of small, scrappy, values-oriented investors looking at something and deciding that it may be legal and profitable, but it really isn’t right. And it takes a few years of asking questions and refining arguments before some of the leading big investors, like public pension funds, realise it’s important and start to get on board.”

One such topic is tax – one of three engagement priorities for SfC, along with human rights and climate change.
“I think we’re at the very early stages of the tax avoidance debate,” says Berry. “Public companies have convinced a lot of shareholders that it’s smart not to pay tax – that shareholders will benefit more from a company that doesn’t pay its proper tax than one that does. So they’ve moved away from subtle, complex methods of avoiding tax to open ones, and people just aren’t outraged anymore.”
SfC has already engaged with fashion giant Inditex and French utility Engie over tax avoidance. At its next meeting on December 5, it will publish a report on the topic, focused on one currently-unnamed, “large, multinational company”.
“We take a typical company within a sector as an example,” explains Tommy Piemonte, Head of Sustainability Research at BKC and its representative on SfC. “Partly because we have limited capacity, but also because it allows us to go deeper and show investors that tax avoidance is a serious problem that needs to be addressed through engagement.”

Despite its name, Shareholders for Change is not exclusively focused on equities.
“I’m really frustrated with the German translation of ‘engagement’, because it means shareholder activism, and that’s silly because shareholding is not the only way you can engage on these issues,” says Piemonte. “If investors were really honest, they’d have to admit that most of the time voting rights are not the most effective tool to do engagement. It’s probably the most public way – to go to AGMs and speak and vote – but the most effective way is to have a dialogue with company management, which you can do with any asset class; and you have a responsibility to do with every asset class, not just part of your equities portfolio that’s probably only 10% of your entire investments.”
He adds that bond issuers can be especially receptive. “I’m even talking to a CAT bond issuer about ESG.”
Berry agrees that the name “is a little confusing”, given the wider focus of SfC. “It’s very, very clear that if investors are concerned about climate risk and developing climate transition plans, then lending and debt become enormously important, for example” she says. “Who knows, the group might become Investors for Change some day.”While most responsible investment initiatives over the past five years have launched to loud fanfare and plenty of ribbon cutting, SfC seems to have let the PR opportunities – and the creation of a formal structure – fall largely by the wayside. It is yet to get itself a website, let alone a constitution or articles of association, reflective of its desire “to be relationship heavy but institution light,” says Berry. It’s keen to attract members, but has not committed any resources to marketing or recruitment – the polar opposite of the slick, strategic approach taken by groups like the Climate Action 100+, which launched at the same time, with lots of noise and a focus on creating a sophisticated governance structure.

“If investors were really honest, they’d have to admit that most of the time voting rights are not the most effective tool to do engagement” – BKC’s Tommy Piemonte

“These are structures we are rigorously avoiding,” says Berry. “We really want to stay flexible and light on our feet, so we can focus all of our energy on research and collaborative success.”
Instead, SfC’s members have jumped straight in. This summer, the initiative put out its first six-monthly update, summarising its engagement so far: it lists all the companies targeted; why; how; and which investor is leading on each.
As well as tax avoidance, the group has addressed environmental challenges including insufficient renewable energy plans at Eni, incomplete coal divestment commitments from Generali and inadequate emissions management at Ericsson. On the social side, Acea was targeted over a perceived lack of investment in the water supply network, while Rheinmetall was flagged up for exporting bombs to Saudi Arabia, and Total was identified as having poor relationships with local communities in relation to its Arctic exploration. SfC even targeted the European Commission, writing a letter with other bodies arguing that it needed to pay more attention to sustainable finance when regulating markets.
“We divide engagement into two pillars: shareholder criticism and shareholder activism,” says Piemonte. “Shareholder activism is about addressing ESG risks around the value and success of the company; but shareholder criticism is, for us, about ethics.” He adds that they speak at AGMs even when the company is already excluded from their investment universe for ESG reasons. “So we can act a little like an NGO at times, to try and push other investors to think about what they’re doing.”
SfC’s members will monitor the progress made by target companies in between AGMs, Piemonte claims, “and if they haven’t taken up our suggestions then, where we have them, we will use our voting rights – and we will be very public about it, so we push them into the spotlight.”
Transparency seems to be a running theme for SfC, from its detailed six-month update to its engagement approach.
“Many investors from the not-so-values-based side say they do engagement, and I’m sure they do, but they aren’t very strict about it. Much of it, especially on the social and environmental side, is done so that they can say they are engaging. But at the end of the day, the companies aren’t feeling much pressure in terms of consequences.”
There are some conversations that need to have had behind closed doors, Piemonte concedes, pointing out that BKC also has confidential dialogues with companies. “But we give them a clear timeframe to improve on ESG, and if they don’t, then we step it up. The ultimate sanction is divestment and/or publicly shaming a company, because there has to be an end point if engagement is to achieve its potential.”

By the end of 2018, SfC expects to have a handful of new members, and is slated to have its website and articles of association – via Italian law. To receive updates, please email fondazione [at] bancaetica [dot] org.

Meet some of the world’s largest faith organisations, charities, endowments and philanthropic investors to hear how they are aligning their assets with their values and the SDGs at the Ethical Finance 2018 conference, taking place in Edinburgh on October 22-23.