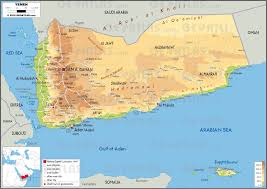 Shareholders for Change (SfC), the new values-based investor network, and the Association of Critical Shareholders (Kritischen Aktionärinnen und Aktionäre) have challenged German defence contractor Rheinmetall over its involvement in the war in Yemen.

At the AGM in Berlin last week, both took issue with the way Rheinmetall has continued to supply weapons to the Saudi-led coalition, whose war in Yemen has resulted in the world’s worst humanitarian crisis according to the United Nations.

The German Federal Government issued a temporary ban on weapons exports to Saudi Arabia in October 2018 after the killing of journalist Jamal Khashoggi at the Saudi embassy in Turkey. The ban was extended until September 30 back in March.

Both shareholder groups criticized the fact that Rheinmetall seems to have circumvented the government’s restrictions on selling weapons through subsidiaries outside Germany such as RWM Italia.

Accounts of weaponry misuse by the Saudi-led coalition in Yemen were documented in an August 2018 report by the UN Human Rights Office of the High Commissioner, which concluded that there are reasonable grounds to believe that Saudi Arabia could be responsible for human rights violations and breaches of international humanitarian law.

Tommy Piemonte, Head of Sustainable Investment Research at BKC, said at the AGM that EU criteria for arms exports requires member states to refuse sales if there is a clear risk of serious human rights violations.

“Now you may rightly say this is the responsibility of the state. However, the UN Guiding Principles on Business and Human Rights clearly state that [this] does not release the individual company from its responsibility to uphold human rights,” Piemonte said.

Piemonte told RI that according to reports in Germany, the Development Ministry is mulling the introduction of a value chain law requiring companies to conduct human rights due diligence.

In any case, Piemonte noted that the German government is monitoring the expectations set in its National Action Plan for Business and Human Rights on whether at least 50% of companies with more than 500 employees adopt human rights due diligence by 2020.Further action, including legislative measures, could follow if expectations are not met, Piemonte said.

As such he asked if Rheinmetall has conducted a financial risk analysis of a potential law incorporating the UN guidance, known as the Ruggie Principles.

At the BAE Systems AGM, which RI attended and reported on last month, Chairman Sir Roger Carr said he did not know about “that particular set of principles” when asked by a shareholder about adherence to the UN Guiding Principles.

The Association of Critical Shareholders (Kritischen Aktionärinnen und Aktionäre), part of the campaign umbrella group Urgewald, filed a shareholder countermotion against the approval of the management of Rheinmetall’s executive all-male board.

Countermotions in Germany are a mechanism that allows minority shareholders to voice concerns in an attempt to influence the voting behaviour of fellow shareholders.

The Association’s countermotion flagged up that a number of Rheinmetall’s businesses are opposed to the UN SDG #16 (peace, justice and strong institutions).

“Dividends and jobs must no longer be secured at the expense of war,” Happe said at the AGM.

She asked Rheinmetall about its threats to sue the Federal Government as a result of its decision to halt arms sales to Saudi Arabia. The response, according to Happe, was that no action has yet been taken although the commitment to investors requires at least examining the legal steps.

Likewise, Mauro Meggiolaro, the representative of the Italian member of SfC, Fondazione Finanza Etica, questioned the company about the legal risks that susbsidary RWM Italia S.p.A is facing: campaigners have brought a case before the Administrative Court of Sardinia due on June 19.