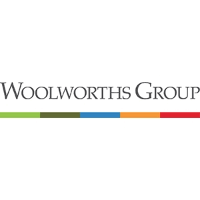 Retail giant Woolworths is facing a shareholder resolution on human rights after failing to implement commitments it made to investors in 2017 in order to avoid a vote at its last AGM.
Last year, the Australian firm agreed to a raft of measures on human and labour rights just a day before its annual meeting (23 November), following investor pressure over its domestic fresh food supply-chain practices.
The move prompted the proponents of the resolution – the Australasian Centre for Corporate Responsibility (ACCR) and Australian superannuation fund LUCRF Super – to withdraw it.
National Union of Workers (NUW) National Secretary Tim Kennedy, who also chairs LUCRF Super, praised the agreement at the time, stating that the Bella Vista-based company’s commitments acknowledged “the extent and seriousness of the problem of exploitation on Australian farms”.
But concern over the company’s lack of progress in the subsequent months has resulted in another resolution being filed by the ACCR, ahead of Woolworths’ annual meeting next month (21 November).
Kate Hepworth, Workers’ Rights Director at the ACCR, told RI that the new resolution “highlights that there is a difference between a company making a public commitment and operationalising that commitment on the ground”.
The latest resolution calls on Woolworths to honour its commitment to work “collaboratively” – including with the NUW – to introduce a vetting programme for suppliers of domestic labour based on their compliance with labour and human rights standards.
Hepworth said that some investors had been “disappointed” that the resolution had been withdrawn last year. She stated that there was a feeling that “a strong, public vote on the resolution would signal to the company the importance of effectively dealing with the business and operational risks from widespread and extreme exploitation in their supply chain”.
The new resolution also calls on the company to ensure “trade union involvement” in worker education and grievance mechanisms. Woolworths is also called upon to provide enhanced disclosure to shareholders on its progress in addressing human and labour rights in its annual sustainability report, starting next year.Bill Hartnett, Head of Sustainability at Local Government Super, told RI that the A$11bn (€7bn) Australian superannuation fund supported the resolution last year and is “looking at it this year”, but that no final decision has been made yet.
Proxy advisors ISS and Glass Lewis both opposed the resolution last year, saying that Woolworths’ current policies and practices were sufficient. Neither firms have published their position on this year’s resolution yet.
At the time of writing Woolworths had not responded to requests for comment.
Last week, the ACCR also had three notable successes with resolutions targeting anti-climate change lobby groups.
The ACCR withdrew a resolution at Westpac after the Australian bank agreed to review its membership with such associations – including the Business Council of Australia (BCA) – over their climate change-related advocacy and lobbying.
And the ACCR’s planned resolution at the National Australia Bank (NAB) on the same issue will no longer go ahead because NAB became the first ASX100 company to publicly acknowledge the need to act on the scientific conclusions of the Intergovernmental Panel on Climate Change’s (IPCC) special report on the impacts of 1.5°C of global warming.
RI also reported that a record of 46% of shareholders – including California public pension giant CalPERS and Australian superannuation fund Local Government Super – supported an ACCR resolution filed at Origin Energy calling on the Australian energy giant to increase its transparency around its climate lobbying activities. Origin’s Chairman Gordon Cairns committed to improving disclosure around trade bodies at its annual meeting in Sydney.
Finally, this week will also see yet another ACCR resolution go to vote, as it calls on Australian airline Qantas to review its human rights policies in light of its role in deportations. Qantas’ annual meeting is on Friday (26 October 2018).