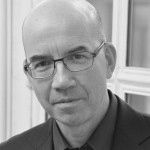 Jean-Pierre Sicard has officially left France’s sovereign wealth Caisse des Dépôts group where he held the title of Deputy CEO of CDC Climat, the fund’s low-carbon economy research and investment arm, and founder and chairman of Novethic, the Paris-based ESG research/media company, which is financed by the Caisse.
Sicard had been with the Caisse in various positions for almost 30 years. He was the second in command at CDC Climat working alongside Pierre Ducret, its former chairman and CEO, until the unit was formally disbanded in March 2015 under then new Caisse chief, Pierre-René Lemas.
The research part of CDC Climat was spun off into Paris-based I4CE – Institute for Climate Economics – a think tank on industry, energy, finance, cities, agriculture and forestry issues, headed by Ducret, who also remained in an advisory role with the Caisse as its Special Advisor for climate change and COP21.The investment activity of CDC Climat was taken back into the structure of the Caisse.
Sicard founded Novethic in 2001, becoming its chairman alongside Novethic CEO, Anne-Catherine Husson Traore. Since October 1, Sicard’s chair duties at Novethic have been taken over by Virginie Chapron du Jeu, finance director at the Caisse. She was previously Director of Investments and Accounts within the Caisse des Dépôts Pensions and Solidarity Management from 2013 to 2016, which includes the pension fund of Ircantec, a high profile responsible investor in France.
In 2012 Sicard was one of the co-founders of the 2° Investing Initiative, the environmental think tank, with Stanislas Dupré and Hugues Chenet.
Sicard, who will continue to be a member of Novethic’s governance body (comité stratégique) told RI that he would maintain some links into climate investing and ESG, but devote an increasing portion of his time to working in music and theatre.