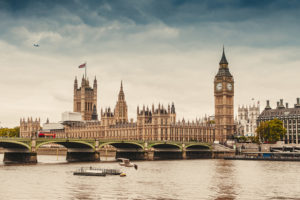 A review of the UK’s governments net zero plans by former energy minister Chris Skidmore has been broadly welcomed by the investment community.

Skidmore, a Conservative MP, was commissioned in September by Liz Truss – during her tenure as prime minister – to assess progress towards the target and the economic opportunities offered by the energy transition.

The review, which was released today, makes 129 recommendations covering the importance of business, making better use of infrastructure, and delivering more energy efficient homes.

Skidmore has urged ministers to grasp the “historic opportunity” by adopting these recommendations, which also include creating an over-arching government financing strategy by the end of 2023 to give long-term clarity to businesses and investors.

UK market players described the report as “robust and rigorous”, but said the government will need to update its policies in order to successfully deliver its recommendations.

Steve Waygood, chief responsible investment officer at Aviva Investors, told Responsible Investor that the review was welcomed, saying the recommendations are “right on the money”.

“Net zero represents an economic opportunity for the UK, and a material financial risk if it is not acted upon and delivered,” he said. “The greatest threat is inaction. It is therefore hugely important that the public and private sectors work together and act now to address it.”

Stephanie Pfeifer, CEO at the Institutional Investors Group on Climate Change, said the report highlights “significant opportunities presented by the transition to a green economy”, including job creation and economic growth.

“To meet the ever-increasing requirement for more capital, investors need the UK government to not only maintain – and where possible – exceed its existing net zero ambition, but to set a clear and stable policy vision underpinned by near-term actions and milestones.”

UKSIF CEO James Alexander applauded the review for recognising the need for good disclosures across the economy, including a recommendation to implement the International Sustainability Standards Board’s (ISSB) standards and the UK’s Green Taxonomy as soon as possible.

“Many investors will be particularly pleased to see the review emphasise the importance of greater policy clarity, with the unclear policy landscape continuing to be a major barrier for our members in driving lending and investment towards decarbonising the economy,” he said.

“We would urge government to meaningfully engage with its recommendations for the real economy and financial services, and to more clearly recognise the enormous short and long-term economic benefits of the UK’s transition.”

While the review was well-received on the whole, some identified a need to push UK ambition beyond the report’s recommendations in order to achieve the government’s net zero goals.

Fergus Moffatt, ShareAction’s head of UK policy, said that while the report highlighted the economic opportunity net zero presents for the UK, the proposed recommendations “simply don’t match this ambition”.

“This review should have included measures that not only incentivise green investment, but that disincentivise investments in fossil fuels – such as the introduction of one-for-one capital requirements.”

He added that recommending sustainable disclosure requirements and transition plans across the economy will only work if they are mandatory and incorporated into the Financial Services and Markets Bill, which is currently being debated in parliament.

Margarita Pirovska, director of policy at the Principles for Responsible Investment, said the transition to net zero will require a “coordinated approach” if the UK wants to meet its targets.

She said: “Investors have made clear and consistent calls for the government to move forward in the prime minister’s ambition for the UK to become the world’s first net zero financial centre. The government needs to commit to an ambitious and impactful roadmap for these opportunities to be realised, building on the work to date for the updated green finance strategy, and with renewed consultations with the financial sector.”

Alex Burr, head of ESG policy at LGIM, said the key message of the report is that there should be no trade-off between economic growth and decarbonisation if the UK is to successfully transition to net zero. He added that it is in the interest of both the environment and the UK’s long-term prosperity that these go hand in hand.

“The government needs to set a clear policy agenda to help environmental-focused business development and investment stability,” he said. “It is imperative that globally we have consistent and verifiable sustainability disclosure across the public and private market, and this should be a priority going forward.”

He said LGIM welcomed the government mandate for standards that are being developed by the UK Transition Plan Taskforce, taking forward the UK Sustainability Disclosures Regime, as well as the development of an independent and scientific-based framework for the UK green taxonomy.

Burr also commended the report’s focus on biodiversity and the importance of building a “nature-positive Britain”, adding that greater attention should paid to the development of the Taskforce for Nature-related Financial Disclosures and the inclusion of nature by the ISSB.

For Jaqueline Jackson, head of responsible investment at London LGPS, what really resonated in the report was the demand to replace “stop-start policies” with the clarity and continuity of policy needed to spark confidence in investors.

At the same time, she said the report lacked “strong and specific practical policy recommendations”. “We need an aggressive push to ensure growth in renewables and nature-based solutions happens at the pace required to mitigate the most devastating effects of climate change.”