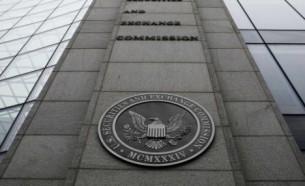 The Securities and Exchange Commission (SEC), the US regulator, has given the go ahead for an unusual shareholder proposal seeking to put a $250,000 (€187,445) cap on executives’ base salaries at a US technology company called Oclaro.

The proposal at the California-based, Nasdaq-listed optical technology company would limit executive salaries and make any compensation above that limit dependent on the stock’s performance. It would be in addition to the regular say-on-pay vote at the company.

A shareholder called Thomas Soares wants to realign the firm’s executive pay with its performance. His proposal seeks to achieve this by first limiting the base salaries of four key executives to $250,000 annually. Compensation above that would then be linked to Oclaro’s stock price.

Oclaro sought to bar the proposal from its AGM, likely due in October, filing a so-called “no-action request” with the SEC. The firm argued that it should not be admitted on the grounds that it violated California statutes concerning labour contracts, backed up by legal opinion from law firm Jones Day.

Yet after Soares made it clear that the new rules on pay would not affect current contractual arrangements, the SEC informed Oclaro that it had no basis on which to exclude the proposal.

“We are unable to conclude that Oclaro has met its burden of establishing that Oclaro may exclude the proposal,” the SEC said in a letter dated August 7. Soares is not contactable and Delaware-registered Oclaro has not replied to requests for comment.

It’s believed to be the first time a proposed ceiling on compensation has been put forward in this way by a shareholder.

Governance experts expressed surprised that Oclaro used the breach of contract argument instead of using the ‘business judgment’ rule, under which it is the board’s responsibility to set and design pay.

“I’m surprised the SEC has allowed this to go forward, but since the business judgment rule was not invoked they’re not going to invoke it on the company’s behalf,” said Paul Hodgson, the governance consultant who was formerly Chief Research Analyst at GMI Ratings.

In correspondence with Oclaro’s compensation committee chairman, Kendall Cowan, Soares says his proposal would be a tool to help in retaining key personnel and “weeding out those officers not capable of following through on execution”.
“Personally, I believe that shareholders will receive the proposal very positively, and it will have a positive effect on the share price.”

Oclaro is a maker of optical components with around $400m in sales. However, for all but one of its last six years, the firm has been loss-making. In the third quarter of its current business year, for example, Oclaro reported a loss of $41.5m. Meanwhile, its stock has fallen from a high of $18 in early March 2011 to slightly above $1 now.

This has led to the departure of chief executive and chairman Alain Couder in early June. Greg Dougherty has since taken over as CEO and Marissa Peterson was named as chair of Oclaro’s board.