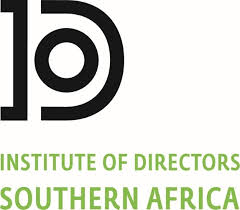 The recently updated corporate governance code of the Institute of Directors of Southern Africa (IoDSA), known as King IV, is devoting a specific principle to the responsibilities of institutional investors, notably pension funds.

King IV’s new principle reflects the recommendations of the Code for Responsible Investing in South Africa (CRISA), whose committee is chaired by John Oliphant, former principal executive officer of the Government Employees’ Pension Fund. CRISA was one of the world’s first ‘stewardship codes’.

Oliphant (now heading up investment firms ThirdWay Africa and All Weather Capital) said in a statement that the addition of such a CRISA-inspired principle into King IV is another weapon in the arsenal of institutional investors to hold companies to account.

King IV’s new principle, which includes a pension funds sector supplement with tailored recommendations, has been worded as follows:

“The governing body of an institutional investor organisation should ensure that responsible investment is practiced by the organisation to promote the good governance and the creation of value by the companies in which it invests.” Link

Kerry Jenkins, KPMG South Africa advisory and regulatory compliance partner, commented that corporate governance doesn’t stop at the company’s management but trickles down to the very end of the institutional investors’ supply chain.

“The IoDSA have the overall objective that good governance is adopted as widely as possible,” Jenkins said.

As such the King IV code encompasses additional recommended practices for institutional investors such as approving a responsible investment policy and overseeing that providers of outsourced services comply with it too.Ansie Ramalho, King IV Report project lead for the IoDSA, told RI: “The view of the King Committee is that corporate governance and responsible investing go hand in hand. One needs one to have the other work properly. By doing so we are addressing these matters systemically.”

Ramalho explained that, although the core of the new principle is comprised in the CRISA code, its inclusion in King IV was needed to link them both more consistently.

“The problem is that the two were seen in isolation of each other. We are trying to link what company boards and investors do, because what one does influences and impacts the other,” she said.

Ramalho continued: “In fact, the governing bodies of institutional investors have the normal governance duties, but now they also have the responsible investment duty.”

Although both codes are not legally binding, KPMG’s Jenkins pointed out, King IV (named after Professor Mervyn King) has moved from an ‘apply or explain’ to an ‘apply and explain’ regime, meaning that the applicability of the principles is assumed and that disclosure is required on the practices that have been implemented.

Nonetheless, some instances of mandatory ESG factors considerations can be found in South Africa’s laws.

For example, regulation 28 of the Pension Funds Act states: “Before making an investment in and while invested in an asset, the fund and its board must consider any factor which may materially affect the sustainable long-term performance of the asset including, but not limited to, those of an environmental, social and governance character.”

Asked about the compliance with this South African piece of legislation, Ramalho said: “I suppose not all legal obligations are directly monitored and enforced, but if something goes wrong, or in the event of a civil claim, the question of “Did you take [ESG factors] into account?” can be raised.” Link