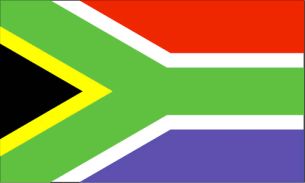 South African pension funds will be compelled to report on how they implement ESG in their investment approach, if a draft directive put forward by the country’s financial regulator is passed.

The draft directive was published for comment earlier in the year by South Africa’s non-banking financial regulator the Financial Services Board (FSB) – now the Financial Sector Conduct Authority (FSCA) – but that deadline passed last month (14 May 2018).

One of the main “stimulants” behind this draft directive is the number of corporate governance scandals to hit South Africa in recent years – most recently the collapse of Steinhoff in December 2017 – according to Fatima Vawda, Managing Director at 27Four, a South African based provider of fiduciary management solutions to pension funds. She told RI that the demise of the retailer cost South African retirement funds in excess of R300bn (£16bn).

If enacted, the new directive would mandate the inclusion of a raft of sustainability provisions in the investment policy statements of the country’s pension funds, including: how they apply ESG factors to assets they intend to buy; how regularly they measure the compliance of their assets to their sustainability criteria; and, also their active ownership policy.

The directive would also require pension funds to go further and report on how these provisions were being met in both financial statements and annual trustee reports.

Pension funds would also have to justify why they held any assets that “limit” the application of these sustainability considerations, or, alternatively, set out in their investment statements the “remedial action the fund has taken or intends taking to rectify the position” in relation to such ESG compromised assets.

They would also be required to reflect their ESG provisions “to the extent applicable” in any mandates awarded to financial services providers.This new directive builds on a 2011 revision to South Africa’s Pension Fund Act, which included the proviso that pension fund trustees “before making an investment in and while invested in an asset consider any factor which may materially affect the sustainable long term performance of the asset including, but not limited to, those of an environmental, social, and governance character”. That year also saw the introduction of the Code for Responsible Investment in South Africa (CRISA).

Allan Greenblo, Editorial Director at industry magazine Today’s Trustee and an expert on the South African pension industry, told RI that the new legislation “is a big deal in the sense that it changes to a directive, so it becomes mandatory where before it was just guidance” but he questioned how much more effective it would be as a directive than it was as guidance.

He said: “How to ensure compliance will be a big test…I don’t know how much expertise there is in the FSCA itself on ESG issues and with trustees, they are really going to have to clue themselves up on what ESG is. My suspicion is that they will leave it to consultants to write the investment policies to ensure compliance…which is lovely work for the consultants.”

If passed, the directive would give pension funds just six months to update their investment policy statements with the new ESG requirements and make it available to all by publishing it on their websites.

They then would be given up to 12 months to start reporting on how they have applied these ESG provisions and the “extent of any non-compliance”, should the directive be enacted as it stands.

Any changes to investment policy statements, particularly those ESG commitments, would also have to be included in pension funds’ reporting annually.

Meanwhile, Dutch shareholder body VEB is suing accountants Deloitte & Touche in relation to the scandal at Steinhoff, seeking damages for alleged failures in Deloitte’s vetting of the books of the failed company.