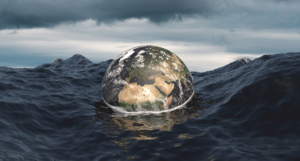 The CEO of Sweden’s largest pension fund Alecta has said that unless governments step up their climate efforts, he does not see how the fund can meet its Net Zero ambitions, given the requirement to hold substantial amounts of sovereign debt.

Alecta’s chief Magnus Billing told RI that following the COP 26 climate conference he feels “a bit pessimistic” about the €111bn fund’s ability to meet its climate ambitions.  “I don't really see how we're going to get to Net Zero as an institution unless we get some strong support from policy makers,” he said. “I'm thinking about government bonds and equivalent instruments here.”

Billing explained that Alecta, like most pension funds, will be required to “hold quite a substantial amount of government bonds or equivalent in our portfolio going forward” – an asset prized by funds for its relative safety and liquidity, which is important given the guarantees they offer to their beneficiaries.

But these holdings also pose a profound challenge to funds’ climate goals, Billing said, given the misalignment of the vast majority of countries when it comes to meeting international climate agreements, like the Paris Accord.

“Around 20-25% of the total portfolio will be invested into government bonds or equivalent and a significant part of the issuing states and entities are not on a pathway towards Net Zero today,” Billing said.

The predicament is further compounded by the “extremely limited” ability investors like Alecta have to engage and drive “meaningful change” with such issuers, Billing added.

This sentiment was echoed by Niklas Ekvall, the CEO of Swedish pension fund AP4, who in 2019 joked that then-US President Donald Trump probably wouldn’t have been interested in AP4’s opinion on his climate policy.

“I don't see how we get to Net Zero with those kinds of instruments in our portfolio, unless leading states and governments commit to shifting their pathways towards Net Zero,” Billing added.

The issue of climate risk and sovereign debt has been rising up the agenda of investors in recent months, including the launch of ASCOR – ‘Assessing Sovereign Climate-related Opportunities and Risk’ – a collaboration between the BT Pension Scheme, the Church of England Pensions Board and big groups like the Institutional Investor Group on Climate Change, the Net-Zero Asset Owner Alliance, Ceres, the PRI and the Transition Pathway Initiative.

Alecta’s Billing also identified three other factors he thinks are hindering the shift to Net Zero. The first is the absence of a global carbon price, which is not something the financial sector can sort out, he said, but “needs to come from the policy side”.

The second obstacle is the “headwind” investors are facing when it comes to risk adjusted returns around green investments like renewables.

“Those three things need to be fixed in order for us to have a realistic chance to reach Net Zero,” he told RI.

Billing also told RI that as of next year Alecta will be adding an additional climate scenario to the three it currently uses which will simulate the impact of the $100 per tonne carbon price put forward by Swedish financial regulators.

Early last year, RI reported that Alecta had updated its climate risk model with two new scenarios, one which mapped the impact on its portfolio of a 2°C world with a $230 carbon price, and another for a 1.5°C world with a staggering $870 price. The fund’s analysis found that at $870 per tonne of carbon its portfolio would be down 48%.