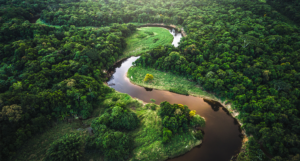 S&P Global said that it did not factor in allegations of land-grabbing and forced resettlements when awarding Thai company Mitr Phol a top sustainability recognition, since the incident happened more than 10 years ago.

But the response will invite further scrutiny of S&P’s ESG ratings product, which failed to capture the impact of multiple human rights complaints, a national human rights assessment and an ongoing lawsuit against Mitr Phol in the intervening years.

In 2012, a UN human rights commissioner reported that a Mitr Phol company had hired police and private security forces to “aid in the burning and bulldozing” of hundreds of homes in order to clear land for a sugar plantation between 2008-09. Victims – including one pregnant community leader – allege they were beaten and jailed for protesting, and say they were left homeless and without income after the forces destroyed rice fields, orchards, grazing land and crops.

Last week, RI revealed that the rating agency had ignored multiple warnings from ESG data provider RepRisk related to “human rights abuses, corporate complicity” and “corruption, bribery, extortion, money laundering” to give Mitr Phol the S&P Silver Class Sustainability Award in February – ranking it among the global top 5 percent of companies within its industry based on S&P’s proprietary ESG scores – and a perfect score on human rights performance (100/100).

RepRisk data shows that it flagged at least 20 separate risk incidents related to a 2020 lawsuit brought by more than 700 Cambodian families who say they were affected by the evictions and have yet to receive any form of compensation.

An S&P spokesperson said to RI: “In the case of a significant event or controversy, we can reflect this through a reduced S&P Global ESG Score and exclude companies from the Corporate Sustainability Assessment Yearbook (referring to the cohort of companies recognised by S&P’s annual ESG awards). This action can be applied for 10 years following the relevant event, in the event of no significant new violations or issues.

“Mitr Phol was impacted by this process. Subsequent to 2019, we no longer considered this event when scoring the company as we apply a 10-year time horizon for considering controversies in our assessments.”

The spokesperson said S&P Global would actively monitor any new events and the lawsuit’s outcome “in line with due legal process”. They further stated that Mitr Phol’s human rights scores were based on a public methodology aligned to the UN Guiding Principles on Business and Human Rights.

“The unfortunate reality is that voluntary stakeholder mechanisms are ill-equipped to deal with serious human rights violations. . . but desperate victims of abuse often have no choice but to use them because of underfunded judicial systems and issues around corruption”

Since the alleged incident, victims have tried claiming for damages through multiple industry-led (voluntary) human rights grievance mechanisms, such as the sugar industry’s Bonsucro. Mitr Phol refused to address the complaint and withdrew its membership from Bonsucro in 2011 but was reinstated by the organisation after three years.

A second complaint in 2016 – supported by a Thai National Human Rights Commission investigation, which found Mitr Phol directly responsible for the violations – was dismissed two years later by Bonsucro’s board.

A separate complaint was later upheld by the UK National Contact Point under a voluntary grievance mechanism overseen by the OECD, which assessed that Bonsucro had violated its international human rights responsibilities and breached the OECD guidelines when it readmitted Mitr Phol as a member. The findings have no legal bearing.

Finally, the families filed a claim in Thai courts in 2018 in what is thought to be the first-ever class-action lawsuit submitted in the Thai courts by plaintiffs from another country. This was put on hold for a further two years after courts denied class-action status to the claimants – a decision overturned in 2020 – and ordered a mediation process which subsequently collapsed due to Mitr Phol’s refusal to engage with the communities.

The landmark case, which is now entering litigation, has been described by Amnesty International as a “watershed moment” for corporate accountability within the region.

S&P did not provide responses to detailed questions on why its ratings had failed to consider each of these developments in the years since the incident.

Joseph Wilde-Ramsing, a researcher who assesses the performance of the OECD NCP system and other voluntary grievance mechanisms for OECD-Watch, said: “The unfortunate reality is that voluntary stakeholder mechanisms are ill-equipped to deal with serious human rights violations. Our research shows that between 1 and 2 percent of these cases actually deliver a real, positive change to the situation on the ground.

“But desperate victims of abuse often have no choice but to use them because of underfunded judicial systems and issues around corruption. These models are inherently biased towards the companies because they are reliant on the companies to see some sort of material benefit in engaging with the process and come to the table. In half of the cases we monitor, companies don’t even bother responding.”

“The problem is that social ESG ratings methodologies focus on ‘controversies’ rather than corporate practices and impacts. As a result, companies can engage in human rights violations and expect it to only affect their ESG ratings for a short while – if at all – until it fades from the news cycle, rather than until the harms have been remediated.”

The UN estimates that more than 370 million indigenous peoples living in more than 90 countries are particularly vulnerable to the impacts of commercial development and business activities due to their proximity to natural resources.

S&P’s endorsement of Mitr Phol comes amid a global push to regulate ESG ratings and address longstanding concerns over a lack of transparency, fragmentation and potential conflicts of interest within the sector.

Last year, regulators were told to assess whether operational structures and governance of providers are sufficient to prevent such conflicts including at credit rating agencies and stock exchanges that offer ESG data products. The three major CRAs – Moody’s, S&P and Fitch – and the London Stock Exchange Group have established themselves as powerhouse ESG data providers in recent years after a slew of high-profile acquisitions.

This follows an earlier report from the EU securities regulator which warned that ESG data oligopolies created by “large companies buying their way into the market” could “lead to significant consumer detriment including pricing above competitive levels, risk of collusion, entry carriers and reduced innovation and efficiency”.

Up to this point, ESG ratings and data products providers have not generally been subject to regulatory oversight, despite wielding enormous influence over investment allocation decisions fuelled by a growing trend to invest in accordance with sustainability principles.

ESG data providers are themselves split on the need for regulatory scrutiny. Market leader MSCI has consistently warned that a push to standardise the sector through regulation would be “misplaced”, while others such as Morningstar, owner of Sustainalytics, have described regulation as inevitable and beneficial.

“The problem is that social ratings methodologies focus on ‘controversies’ rather than corporate practices and impacts, which is solely a measure of the reputational risks of corporate behaviour rather than an assessment of the behaviour itself and its compliance with international standards.

“As a result, companies can engage in human rights violations and expect it to only affect their ESG ratings for a short while – if at all – until it fades from the news cycle, rather than until the harms have been remediated.”

The EU is currently leading on the topic, having issued a consultation on proposed measures aimed at rooting out and addressing dysfunction in the EU ESG ratings market, in addition to ensuring ESG factors are being sufficiently considered within credit ratings.

But a review of the proposals suggests a focus on enhancing disclosure and transparency, rather than making sure ratings methodologies are themselves fit for purpose.