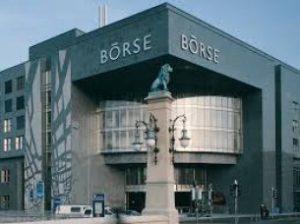 SIX, the Swiss stock exchange, is expected to publish this month the results of a consultation on additional transparency rules for proxy advisors over concerns about potential conflicts of interest between advice given to corporate issuers and investors; an issue which reared its head in the US and Europe a couple of years back.
The Swiss review has prompted directly opposing feedback from key market participants, notably ESG research firm Institutional Shareholder Services (ISS) and Swiss pension fund-backed advisory firm Ethos.
SIX has suggested new rules that would require issuers to disclose the name and fees paid to their proxy advisors. The proposed rules would affect those proxy firms that could be in a conflict of interest because they advise both issuers on corporate governance matters and investors on stewardship topics such as AGM voting advice.
Ethos has welcomed the proposal and suggested it should go further disclosing also the type of mandate proxy advisors undertake, as certain services can lead to a loss in objectivity, Ethos says
Moreover, Ethos has called for banning potential conflicts, drawing an analogy with auditors’ independence rules, for whom it would be unthinkable to produce and review their own financial statements, it said: “It must be prohibited for proxy advisory firms to offer consulting mandates concerning subjects for which they provide voting advice at the annual general meetings of the companies concerned,” Ethos said.
On the opposite side, Steven Friedman, ISS General Counsel stated in their response to the consultation that SIX’s rules are unnecessary and harmful because they would compromise the compliance program the firm says it uses to mitigate potential conflict of interests between ISS Inc. and its wholly-owned subsidiary ISS Corporate Solutions Inc. (ICS).
Friedman said key components of the compliance program include the “firewall” and several “layers of separation” including “physical and functional” between ICS and ISS.
“A critical objective of the firewall is to keep the ISS Global Research team from learning the identity of ICS’ clients, thereby helping to ensure the objectivity and independence of ISS’s research process and vote recommendations.”ISS says investors subscribing to ISS’ services already have access to the information the disclosure rules pursue.
Information about ICS clients, products and services purchased by them and fees paid is made available to ISS’ investors clients in a confidential manner through a compliance department, Friedman said. “We are concerned that SIX’s proposed new disclosure requirement will put information about ICS’ clients in the public domain, thereby undermining our goal of preventing members of the Research team from knowing the identity of ICS clients.”
ISS said that the impetus behind the proposal was based on misconceptions and misunderstandings of its business model recently fuelled by Swiss media.
The Swiss Bankers Association, SwissBanking, also responded to the consultation. A spokesperson told RI: “There is a need for clarifying questions about the independence of proxy advisors. But we think the proposed changes have some disadvantages. It would be better for investor protection if the proxy advisor, not the issuer, makes the disclosure.”
Another disadvantage for Swiss issuers, the spokesperson pointed out, is that peers abroad are not required to disclose such information. Swiss Holdings, an association convening large industrial and service groups, such as P&G, GE, Nestlé or Roche, also issued a response stating that while the activities of proxy advisors require greater transparency, self-regulation or special regulation would be more desirable than a change in listing requirements.
Franziska Diem, Senior Legal Counsel Corporate Disclosure, SIX Exchange Regulation, told RI that pending the review of all responses, all options are currently open: “This is a procedure we have to go through if we want to add a new obligation. If such an obligation was implemented, then the issuer would be obliged to disclose such information for the first time in the annual report 2018.”