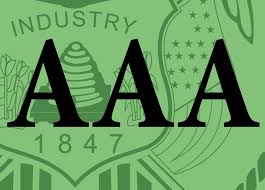 The tool, which S&P has put out for public feedback ahead of the release of a final version, will “evaluate a company’s impact on the natural and social environment it inhabits, the governance mechanisms it has in place to oversee those effects, and the potential losses it may face as a result of its exposures to such environmental and social risks”.

Those losses could be caused by a series of risks, such as changes to regulation, litigation, catastrophic events and resource scarcity, S&P said.

“We believe these potential impacts, in turn, could weaken a company’s business risk and financial risk profiles over time, unless properly managed, including effective mitigation strategies,” it added. The move comes as S&P is in the process of acquiring UK-based environmental data provider Trucost for around £14m (€16.4m).

S&P is one of six ratings agencies that have signed a Principles for Responsible Investment (PRI) statement, alongside 100 investors, in support of the formal integration of ESG factors into ratings.

According to the new proposal, firms will be ranked on their exposure to risk over the medium- (two to five years) and long- (five years onwards) term, with more emphasis on the medium-term. They will be judged on their ‘environmental risk profile’, ‘social risk profile’, ‘management and governance’, and ‘environmental and social risk management’. The four categories are likely to be given different weightings in the final version “based on our view of their importance relative to the other[s]”.

The ultimate rating, which S&P stresses would be completely separate from the main credit rating, would range from one star (“very high exposure”) to five stars (“low exposure”). Management and governance will be assessed on the same basis as it is in S&P’s credit ratings. It will include strategic positioning, risk management, organisational effectiveness and governance criteria.

A company’s environmental risks are slated to be assessed on greenhouse gas intensity, which would constitute 50% of the environmental risk weighting; and climate change impacts, water reliance, waste, pollution and toxicity, energy/land use and biodiversity.Social risks would be assessed based on the company’s management of human capital, its community and societal impact, responsibilities and relationships; engagement with customers, regulators, policymakers and industry groups; and maintenance of its social license to operate. The analyses would draw on third-party information, as well as that provided by the issuer.

“We acknowledge the complexities of categorising social phenomena for analytical purposes, and will be sensitive to overlaps and redundancies in scoring these areas,” S&P said.

“We expect only a small proportion of the issuers we analyse to receive strong or adequate assessments for this subfactor, reflecting our view that to-date only a small proportion of issuers have developed – and are acting upon – a fully comprehensive risk management framework to specifically reduce environmental and social risks, consistent with – for example – a 2-degree Celsius scenario,” S&P said. “For this reason, we expect most issuers (at least initially) to fall in the less than adequate or weak categories.”

No details were given about how the ESG-risk scores would be financed, or when the tool will be launched. S&P Global Ratings is also consulting on a green bond assessment tool.