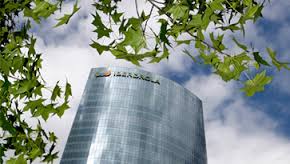 Spanish bank BBVA and energy company Iberdrola have signed a €500m loan labelled as “green”, reputedly the first deal of its kind and volume involving a utility company.

The loan is committed to refinance renewable and efficiency projects and has been reviewed by Vigeo Eiris to confirm its alignment with the Green Bond Principles. Iberdrola used Vigeo Eiris for the assessment of its labelled green bond last year, too.

Since 2014, Iberdrola has issued four green bonds, three of them in 2016, the latest in November, worth €750m with an eight-year tenor and a coupon of 1%, to refinance wind farm investments in Spain.

The terms of the loan are undisclosed, but sources close to the deal said they would be in line with standard market conditions and would not carry any significant premium because of the green characteristics of the debt.

Asked why the company has chosen a loan and not a bond this time, a spokesperson for Iberdrola said that at a time of low interest rates, when loans are not as onerous as they used to be compared with corporate bonds, the offering of BBVA was a convenient instrument to diversify their debt, yet be aligned with their sustainability commitments.

According to the spokesperson, the loan is to refinance existing projects as investment decisions haven’t been taken for new projects to be undertaken in 2019 and 2020.

Juan Casals Ovalle, Executive Director of Sustainable Finance and Reputational Risk at BBVA, told RI that the deal is a “milestone” for the bank – the first they have structured in accordance with the Green Bond Principles, linked to a sustainable goal and assessed by a third party.

“It’s early days but we might see a similar trend to that of the green bond market. We have already clients interested in this concept.”

Casals Ovalle said the concept of a green loan could be of interest to other clients like Iberdrola, which want to access both capital markets debt and loans, but also to those who are not active in the capital markets.The green loan market has been slow to take off so far – a factor that some attribute to the lack of room for investor diversification and PR opportunities around bilateral lending, compared with the bond markets.

The first labelled green loan was secured by UK supermarket giant Sainsbury’s, who borrowed £200m from Rabobank and Lloyds to fund energy efficiency in its stores. ABN Amro then provided a €66m ‘green shipping loan’ to Anthony Veder Group to improve the green performance of its fleets.

In December, RI revealed that Swedish municipal financing company Kommuninvest was to begin offering slightly cheaper loans to borrowers who could meet green criteria. This was in order to build its green loan book, which it finances through raising green bonds on the capital markets. Likewise, Nordic bank Dankse Bank has also begun lending labelled ‘green loans’ at “improved terms” and hopes to develop an ‘off-the-shelf’ green product to scale this up. RI understands that BNP Paribas is also considering pushing green lending by offering better terms to borrowers who can adhere to processes similar to those required by the green bond market.

As opposed to the role played by banks in green bonds, Casals Ovalle said the €500m loan will reflect in BBVA’s balance sheet, replacing the potential investor who would have purchased the bond.

Despite its green credentials, it’s not yet clear whether the loan would reflect in the biannual SRI statistics compiled by Spainsif, the Spanish Social Investment Forum, of which BBVA is a member.

Adrián García Bruzón, responsible for the organisation’s analysis and research, said that extending ESG criteria to other financial products contributes to a low-carbon economy and therefore is welcome news.