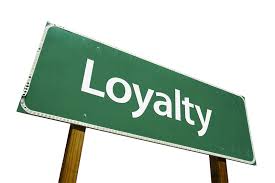 A proposal by the Spanish government to introduce so-called loyalty shares that give long-term shareholders additional voting rights is facing broad opposition.

The Ministry of the Economy floated the idea on the back of a consultation to bring the updated EU Shareholder Rights Directive into national legislation (“transposition” in the jargon). The directive’s stated aim is the “encouragement of long-term shareholder engagement”.

The International Corporate Governance Network (ICGN), whose membership represents $34trn in assets under management, wrote in its response that while it was sympathetic to concerns of short-termism that might lie behind the Spanish legislative initiative, the idea is a “flawed tactic with unintended consequences”.

“The imposition of differential ownership rights has the effect of watering down investor influence in a way that is anathema to the goals of investor stewardship,” wrote ICGN CEO Kerrie Waring.

Proxy advisory firm Glass Lewis also opposed the idea on the grounds that it can unnecessarily create multiple classes of stock and strengthen the interests of controlling shareholders.

“These concerns are even more pronounced in markets such as Spain, with a large number of companies with a concentrated shareholder structure, where control could be further cemented at the expense of minority shareholders,” Glass Lewis’s Andrew Gebelin and Matti Jaakkola wrote.

Corporance, the Spanish proxy advisor member of the European network Expert Corporate Governance Service, also opposed the measure saying that it contravenes the golden rule of shareholder democracy: ‘one share, one vote’.

Juan Prieto, CEO of Corporance, wrote: “There are other measures to promote long-termism, such as true loyalty shares, those that grant new shares – not additional votes – as well as loyalty dividends. Those don’t undermine shareholder democracy and good governance.”

He added that the proposal goes against the spirit of the SRD II and called for more time to discuss it in more depth.

Likewise, Spanish Issuers, whose members represent 75% of the main Madrid benchmark the IBEX 35, said the topic deserves more time. Transposing the directive was subject to a tight deadline, so this does not seem a good opportunity to do so, they said.

Spanish Issuers said that the proposal brings practical problems of implementation, particularly when considered how share registries work in Spain.

Spanish Issuers also said the proposal introduces, indirectly, an obligation for issuers to keep a new registry of loyalty shareholders, which would require a proper regulatory implementation. The association argued that it should be an independent third party who runs and oversees such registry.Analysis: “the empirical puzzle”
Elsewhere, corporate governance expert Sarah Wilson, CEO and founder of Minerva (formerly Manifest), told RI that the Spanish proposal is a “solution looking for a problem that doesn’t exit”.

Wilson said the best way to promote long-termism is allowing companies to find out who their shareholders are, which is the whole point of the updated directive.

“As much as the SRDII is not perfect by any stretch of the imagination, it is actually going in the right direction: enabling [issuers] to actually understand who their shareholders are.”

According to Wilson, the proposal does not reflect the reality of how modern portfolio management operates, where fund managers actually do have to trade shares for liquidity reasons. “It doesn’t mean they are disloyal to the company,” Wilson said.

She added that loyalty shares are “not something shareholders have been asking for. It is not progressive. It is not enlightened.”

The recent debate about loyalty shares can be traced back to October 2011, when Al Gore backed the idea.

Later in 2015, loyalty shares made it to the European Parliament’s draft of the Shareholders Rights Directive I, promoted by Italian MEP Sergio Cofferati, but it didn’t survive.

The idea, however, was successful in France, which around the same time passed the Florange Act. And more recently, last May, the new Long Term Stock Exchange (LTSE) was approved as a national securities exchange by the US Securities and Exchange Commission.

The LTSE introduced “tenure voting” which can increase up to 10 times the voting power of ordinary shares over a decade.

It is not clear why the Spanish Ministry is proposing the idea, or where the idea to introduce it into the current regulatory transposition originated.

It is likely, however, that the proposal would be withdrawn as institutional investors consider L-shares a variation of the dual class shares structures that diminish shareholder rights in companies like Facebook, Uber or Alphabet’s Google.

Such opposition from institutional investors echoes the “empirical puzzle” described by the late Professor Lynn Stout in her book “The Shareholder Value Myth”.

In Stout’s own words: “This puzzle is the contrast between investors’ apparent willingness to buy stock in firms with governance rules that reduce shareholder power, while complaining about similar rules at other firms in which they own shares.”

“Why not just avoid buying stock in companies that limit shareholder power in the first place?”