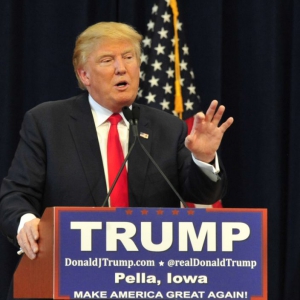 Donald Trump’s victory in the presidential election has prompted some soul-searching by socially responsible investment (SRI) firms. Here Responsible Investor summarises some of the reactions.

Robert Brooke Zevin, Chairman and CIO at Zevin Asset Management, in a post titled Fear and Loathing, said: “The election results have brought many of us to despair and foreboding. Are we now doomed to backslide on discrimination against women, ethnic and religious minorities, immigrants, the LGBTQ community, perhaps anyone in the world who is not a white, male, Christian American?
“Yesterday was a big defeat, but not the end of the struggle. It is tempting to extend our moral outrage about what Donald Trump has said and done into a gloomy forecast of what we can anticipate from his foreign and domestic priorities. However, once in office, presidents often do not do what they have promised, and Trump’s promises are particularly vague and inconstant. Nevertheless, he is very likely to make our bad policies toward immigrants and people of color even worse and unwind environmental controls.”

While saying a Trump administration will likely block or slow efforts to address social and environmental problems, Zevin suggested it “may not surrender everything to corporate greed and that: “We might even see repatriation of corporate cash from overseas and a gate on the revolving door between federal employees and lobbyists.

“We believe our work is even more important in this new world,” Zevin says.

As You Sow said it “remains steadfastly committed to continuing our 25 years of working as empowered shareholders, encouraging corporations to be more efficient, effective, and profitable, while addressing the systemic issues of environmental sustainability, social justice, and human rights”.

“We will continue doing so with honesty, courage, and in solidarity with all those who share our belief in building a better, more equitable future for all of humanity and our planet.

“We encourage you to reach out with ideas, partnerships, and mutual support.”

Ceres’ President Mindy Lubber said the results “raise serious threats to our recent gains in advancing climate action and the clean energy economy, in the U.S. and around the world”.

“But here’s what we do know: the global transition to a clean energy future is irreversible and inevitable. The renewable energy and energy efficiency sectors are surging, and creating hundreds of thousands of new jobs in the U.S. Renewables have dropped precipitously in cost and have overtaken coal as the world’s largest source of installed power capacity. And other countries remain committed to tackling climate change and investing in clean energy technologies.

“Never has it been more essential to accelerate the leadership that the private sector is already demonstrating to tackle climate change, the most pressing challenge humanity has ever faced. And no organization is better positioned than Ceres to bring the right messages, and messengers, to the battles ahead.

“Please stand with us today for a sustainable future for us all.”Trillium said the election “echoed the extended legacy of the financial crisis and subsequent Great Recession”, highlighting the “deep divides in America, which the 2007-2009 financial crisis exacerbated”.

“Trump’s message was promoted through his deeply offensive remarks and behavior toward Mexicans, Latinos, women, Muslims, and blacks. Nonetheless it resonated with a core of voters, significantly under counted by pollsters, who ultimately backed a call for disruptive change.

“There is no doubt the economic pain is real, and Trump’s nativist and protectionist stance was better able to assemble a winning coalition of voters than Clinton’s ‘stronger together’ message.

“Fundamentally, the income inequality called out by Trump is an issue that SRI investors have been engaged in fighting for some time.”

“We think that inclusion and promoting diversity will help encourage the dynamism to foster growth, rather than setting different groups of Americans against each other. We do not agree that putting America behind a protectionist trade barrier will improve our economic welfare.

“With the election of Donald Trump, our work becomes more important than ever. In the face of weakening or dismantling of agencies such as the Environmental Protection Agency, we will need to further strengthen our multi-pronged interactions with investors, communities, corporations, and policy-makers to address the world’s pressing social and environmental problems.

“One could make the case that this should accelerate interest in sustainable and responsible investing,” Trillium says.

AGF, the Canadian mutual funds group, in a research note, said: “Clearly, the election of Trump is a negative factor for sentiment surrounding renewable energy. On the campaign trail, Trump has said that he wants to scrap all the major regulations that President Obama painstakingly put into place to reduce U.S. carbon emissions, including the Clean Power Plan, and with Republicans now controlling Congress, it is now easily achievable. Coal plant closures will slow, resulting in less demand for renewable energy, while protectionist policies on Chinese production could raise the price of solar power.”

Andrew Steer, CEO of the World Resources Institute (WRI), said: ““One of the clearest messages from the campaign is that America must address inequality within our society and reshape our economy so that all people can thrive. As a businessman, President-elect Trump needs to understand that investing in clean energy creates jobs and drives innovation. America has numerous opportunities to create a modern, high-efficiency economy that is suited for the 21st century.”