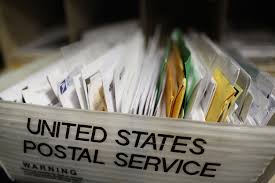 US socially responsible investment firm Arjuna Capital is targeting major US tech firms with shareholder proposals about gender pay gaps – though an early stab at the issue at Adobe Systems has been thwarted by a mailing delay.

Arjuna, which was formed in 2013 and which has $1bn (€930m) under management, is also targeting peer firms such as Google, Intel and Microsoft.

But software giant Adobe has gotten permission from the Securities and Exchange Commission (SEC) to exclude the Arjuna motion from its proxy materials because it received it too late for inclusion in its AGM agenda.

Arjuna cited data from recruiting firm Dice which shows that in 2014, men in the tech industry earned $10,000 more than women. According to Arjuna, the finding could be relevant to Adobe, as 28% of its employees are women – as is 25% of its leadership. Should pay gaps between male and female employees exist, this would not only hold down Adobe’s stock performance, but could pose a regulatory risk, the SRI investor says.

The firm pointed to legislation before the US Congress that toughens penalties on companies for equal-pay violations. Arjuna also referred to a ‘Fair Pay Act’ which the Senate in Adobe’s home state of California recently passed.

As a result, said Arjuna in its shareholder proposal, “we request Adobe prepare a report by September 2016 on the Company’s policies and goals to reduce the gender pay gap.”However, in a no-action letter to the SEC, Adobe said it could not include the motion in its proxy materials as it was delivered three days after an October 30, 2015 deadline.

“(SEC) Rule 14a-8(e)(2) permits a company to exclude a stockholder proposal that does not comply with the Rule’s procedural requirements,” including a deadline for submission, writes Michael Dillon, Adobe’s General Counsel. Dillon submitted an envelope with a date-received stamp of November 2 as evidence.

Natasha Lamb, Director of Shareholder Engagement at Arjuna, disputed this.

“The proposal should be included because the proponent made every available effort to submit it by the company’s deadline,” she told the SEC, adding that the US Postal Service had guaranteed delivery by October 30. Lamb included a copy of the Postal Service’s promise to back up her statement.

Yet the SEC backed Adobe and allowed it to exclude the proposal. The annual meeting for the San Jose, California-based firm will be held on April 13.

Commenting on the SEC’s decision Lamb said it was unfortunate that the proposal was excluded due to a “deficiency on the part of the US Postal Service.” Arjuna plans to re-file the motion at Adobe in the 2017 proxy season.

Lamb also said Adobe was just one of several big tech companies that have received a shareholder proposal from Arjuna over the issue of a gender pay gap. Others include Apple, Google, Amazon, eBay, Expedia, Facebook, Google, Intel and Microsoft. The proposal at Apple has been withdrawn in favour of a dialogue.