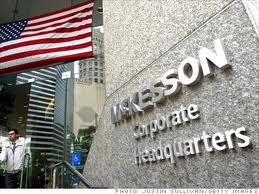 Leading US-based socially responsible investors have voted for a shareholder proposal on compensation clawbacks – and against executive pay – at McKesson Corp., the drug distribution company which has drawn fire for massive payouts to Chairman and CEO John Hammergren.

The resolution on clawbacks was filed by the Amalgamated Bank’s $10bn LongView funds and co-sponsored by the $52.4bn UAW Retiree Medical Benefits Trust. It calls on the board to strengthen its compensation clawback policy for senior executives, arguing that the firm’s existing policy is too weak and not well defined.

It has been backed by the Calvert Social Index fund, Christian Brothers Investment Services (CBIS) and the American Federation of State, County and Municipal Employees (AFSCME), according to advanced voting intentions posted on the ProxyDemocracy.org site. The company is resisting the motion, saying it is “not in the best interests of McKesson or its stockholders”.

The same investors have also voted against ratifying executive compensation in an advisory vote. They have also backed a proposal filed by the Miami Firefighters’ Relief and Pension Fund calling for disclosure of McKesson’s political contributions.Amalgamated and the UAW had written to fellow shareholders in the company pointing out that their resolution is supported by proxy advisory firms Institutional Shareholder Services and Glass Lewis.

Union-linked CtW Investment Group has also called on shareholders to vote against the re-election of Hammergren and fellow directors Jane Shaw and Alton Irby.

The AFSCME has voted against seven directors including Hammergren, Shaw and Irby. Calvert has rejected four directors, but voted for Hammergren and Shaw. CBIS is backing the entire nine-member slate. McKesson proxy statement