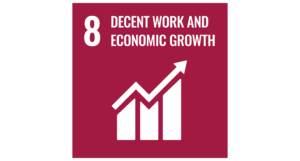 Starbucks and Phillips 66 are among a long list of companies to be called out over progress on human rights by an investor-backed group dedicated to the SDGs.

The WBA was launched in 2018 by founding members Aviva, the United Nations Foundation and Index Initiative, and tasked with developing a series of SDG-related corporate benchmarks. The latest research has been done in partnership with the EIRIS Foundation and ESG data and analytics house RepRisk.

Alongside Starbucks and Phillips 66 are 22 other big names – including Ross Stores, owner of major US discount chain Ross Dress for Less – that the benchmark claims have not improved on any of the 13 key indicators since last year. Those indicators are based on pillars of the UN Guiding Principles including high-level commitments, human rights due diligence and access to remedy.

“There is a concerningly large group of companies who have made little to no progress in the last 12 months,” explained Camille Le Pors, who leads the CHRB work at WBA. “We’re sensing a real reluctance from the laggards to improve,” she continued, pointing to efforts by 176 investors to engage with 95 companies that scored zero across all human rights due diligence indicators in 2019. Despite the engagement, 79 still scored zero in 2020.

While 78% of the companies assessed for the benchmark are based in OECD countries, 85% of the alleged human rights “impacts” were in developing countries, with India, China and Indonesia seeing the greatest level of negative impact. Of 225 human rights allegations assessed as part of the process, most related to forced labour, child labour or health and safety breaches that resulted in death or injury. Companies engaged in a dialogue with stakeholders in less than a third of cases and provided effective remedy that was satisfactory to the victims in only 4% of cases.

“Too many of the world’s largest companies are failing to meet investor expectations on human rights issues, especially around due diligence in their supply chains,” said Marte Borhaug, Global Head of Sustainable Outcomes at Aviva Investors. “This lack of improvement is unacceptable, and these companies should be required to explain to investors, as well as other stakeholder groups, why their disclosures on such an important topic are so poor.”

Unilever, Adidas, ENI and Ericsson were highlighted as improvers on human rights due diligence over the past year. All companies were given the chance to review their assessments and provide feedback before their scores were published.

The automotive industry was included in the research for the first time, with not a single one of the 30 carmakers assessed scoring above 50%, and half scoring below 10%. The report argues this exposes the sector’s failure to manage or even adequately track human rights risks in supply chains.

RI has contacted Starbucks and Phillips 66 for comment on the findings, but had yet to receive a response at the time of publication.