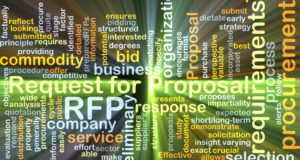 The clients of asset managers in the UK are increasingly showing interest in stewardship issues, according to the latest survey of fund managers’ voting carried out by the Trades Union Congress, the main union umbrella body.

The issues are increasingly forming part of the way asset owners select the managers of their assets. “All 24 asset manager respondents indicated that they had experienced some interest in voting and engagement activity at different stages in the selection process,” the new report states.

Many of the respondents to the survey, now in its tenth year, report that questions about voting and engagement are now a regular part of Requests for Proposals (RFPs), the process by which pension funds appoint fund managers. Some managers said they had been asked about voting and engagement during beauty parades. One respondent estimated that 50% of the RFPs it responded to asked if it was a signatory to the UN Principles for Responsible Investment.

“The importance of this development is that asset managers are receiving a market signal that ‘stewardship’ activity is a factor in whether or not they will be short-listed for potential mandates,” the TUC says. It added this was important, as managers had argued that the apparent lack of demand for stewardship meant there was little commercial incentive to put resources behind it.

“Yet if RFPs are beginning to ask questions about stewardship, and other initiatives such as PRI, this changes the balance.”The 104-page report, which covers voting in 2011, also suggests that investment consultants – the gatekeepers in the UK market – are beginning to take “at least a cursory look” at managers’ stewardship capacity. Although the TUC says some respondents were sceptical, taken together it means that managers have and incentive to take their stewardship activities seriously.

Climate change and other environmental issues are mentioned as a frequent engagement topic by almost half (13) of the respondents.

The body says that what was once considered a radical and dangerous idea – public disclosure of voting records – is now the norm, at least amongst its survey respondents. Despite initial objections from the industry, the negative unintended consequences of disclosure never came to pass.

The TUC concludes: “Perhaps the most enduring insight we can report is that much of the industry does not change its behaviour without significant pressure. It has taken the threat of legislation and the Stewardship Code to achieve the limited level of transparency we see today.”