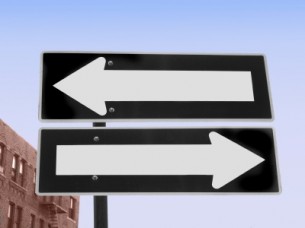 UK investors are seriously split over whether corporate boards should face re-election by shareholders every year; one of the major talking points of a consultation on the review of the Combined Code on Corporate Governance. Asset managers including Aviva and F&C have come out strongly in favour of annual elections in their submissions to the Financial Reporting Council (FRC), which is drawing up changes to the code.
Opposing them are fund managers including corporate governance specialists, Hermes, and Governance for Owners, although the latter favours annual re-election of the chairman and remuneration board head. In its submission to the FRC, Aviva said: “We know of no instances whereby the right of annual re-election of all directors has been abused by shareholders.” However, Hermes’ submission said annual director elections could lead to “unintended consequences”, which it said included annual elections becoming a “substitute for long‐term, committed and painstaking engagement between companies and their owners.” The consultation has also split UK pension funds. Railpen, the £15bn (€16.5bn) pension scheme for the UK railways, has come out against. It said annual elections could engender a “short term attitude by both directors and some of the shareholders who appoint them.”However, the UK’s Local Authority Pension Fund Forum, which represents 52 schemes with a combined £90bn (€100bn) in assets, said that the financial crisis had demonstrated that core governance concerns could emerge rapidly and argues that the current three-year board vote is not sufficiently responsive. While most corporate responses to the consultation oppose annual board election, the response is not uniform. Anglo American, the London-listed mining group, said it would have an annual election of all directors with effect from its 2011 AGM. The outcome of the consultation is likely to be important for overseas investors as the UK is often seen as a bellwether of corporate governance developments. In October last year, the huge Norwegian Government Pension Fund threw its considerable weight in the UK stock market – as owner of £32bn worth of UK listed shares – behind annual director re-election. The FRC is due to publish a new corporate governance code in the middle of May. A separate stewardship code for institutional investors is scheduled for June. The FRC recently appointed Peter Montagnon, former governance head of the Association of British Insurers, as its governance adviser.
Link to the FRC combined code consultation submissions