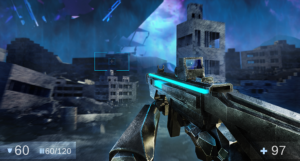 Storebrand Asset Management (SAM) has excluded Activision Blizzard – which is in the process of being taken over by Microsoft – because of alleged gender discrimination, according to its latest sustainability report.

In Sustainable insight: Update on Sustainable Investments, Q4 2021, published last week, the Nordic investor noted the gaming giant behind Call of Duty and Candy Crush is alleged to have systematically discriminated against female employees, adding it believes the “company’s leadership has consistently failed to take steps to prevent discrimination, sexual harassment, and retaliation”.

Activision Blizzard is facing a raft of accusations from employees and was last year hit by a lawsuit filed by a California state department and an investigation by the US Securities and Exchange Commission.

Storebrand said it in 2021 attempted to engage with Activision Blizzard, and despite the firm referring to several measures to hinder sexual harassment and discrimination, “the company was not able to explain what these measures entail in practice or show data about their implementation.”

The Norwegian investor said it was not confident about the adequacy and implementation of measures by the firm, or changes in corporate culture at this point.

‘With the eye-popping price-tag that Microsoft is offering, investors have to wonder whether governance failures and allegations of sexual harassment and [other] misconduct have been priced in. We hope the Microsoft takeover provides a new life, and an opportunity to correct course.’ Anthony Schein, SHARE

Activision Blizzard was subsequently excluded from its portfolios – the first exclusion it has ever made based purely on gender discrimination.

Storebrand said “this case is particularly extreme, as the company practices appear to be systematic and cover a wide range of gender discrimination violations against a targeted 20% of its employees.”

RI has approached Activision Blizzard for comment but has not had a response at the time of publication.  In July last year, when the California Department of Fair Employment and Housing filed its lawsuit against the company over alleged harassement, Activision Blizzard reportedly called the filing “inaccurate”, sayng it “includes distorted, and in many cases false, descriptions of Blizzard’s past”.

The news of the exclusion comes just weeks after Microsoft’s announcement that it is planning to take over the gaming giant. It has offered $68bn to acquire the company, in a deal that needs to be approved by regulators in 17 countries, Microsoft’s President Brad Smith told a CNBC Interview last week.

In the interview, Smith was pressed on how Microsoft would look to address the issues at Activision Blizzard if the acquisition goes through. He said: “We’re looking to the leadership team at Activision Blizzard today to make culture and workplace safety a top priority every single day until the day when this deal hopefully closes, and then we’ll take over, and we need to make it that same commitment.”

He added that “speaking generally”, Microsoft had “already sent positive signals” about addressing the issues underlying Storebrand’s exclusion of Activision Blizzard. “That said, the case would need to be followed up from an investor perspective.”

“If, and when, the acquisition is completed, and a new management structure has been established, we would then [undertake] a new evaluation of the case, regarding any potential holdings in Microsoft,” he added.

Storebrand is not the only investor to have raised concerns about Activision Blizzard. In November last year, the Strategic Organizing Center (SOC) Investment Group, Future Super, NEI Investments, Shareholder Association for Research and Education (SHARE), and Verve Super penned a letter to the company’s board of directors asking, for example, its CEO Bobby Kotick to resign.

A source involved, who did not want to be named, told RI that the signatories have only recently heard back from Activision Blizzard that it has received the November letter, but there has been no substantive response to the concerns.

RI understands some of the signatories of the November letter have been discussing the proposed acquisition. “We are also reviewing Microsoft’s sexual harassment policy as a part of the [planned] acquisition as Microsoft will take on the responsibility of fixing internal workplace issues within the company. We’re still navigating the next steps,” one of the investors told RI.

Anthony Schein, Director of Shareholder Advocacy at SHARE, told RI: “With the eye-popping price-tag that Microsoft is offering, investors have to wonder whether governance failures and allegations of sexual harassment and [other] misconduct have been priced in. We hope the Microsoft takeover provides a new life, and an opportunity to correct course.”

And Dieter Waizenegger, Executive Director of SOC Investment Group, warned that challenges surrounding the company will not immediately disappear if it comes under new ownership. “Storebrand Asset Management’s exclusion of Activision Blizzard from their portfolio based on human rights concerns with respect to gender discrimination shows that the company’s serious culture challenges will have long-term ramifications that the acquisition by Microsoft won’t sweep away,” he said.

“As shareholders who are concerned with Activision Blizzard’s lasting success, we are pushing for the gaming giant to undergo a third-party civil rights audit to scrub through calcified inequities, listen to workers’ concerns, and commit to transparency with shareholders and other stakeholders who are demanding changes. What’s more, the pay and severance of all top executives should be tied to audit findings,” he added.

Michela Gregory, Director, ESG Services at NEI Investments, said: “How the company will facilitate meaningful change in its culture remains to be seen, particularly as the company is in the process of being acquired. We also think that creating diverse and inclusive workplaces is a broader issue that the gaming sector should step up and address.”

Microsoft had not responded to requests for comment by RI at the time of publication.

RI also reached out to Actvision Blizzard’s top shareholders, according to CNN Business, to ask if they are doing anything to address the concerns around the company raised by Storebrand.

Fidelity Management & Research told RI: “As a general practice, we don’t comment on specific companies or investments. However, none of our actively managed sustainable funds invest in this company. Additionally, across our funds, when we meet with company management, we discuss a variety of matters that we consider material to our assessment of the long-term enterprise value of the company, including ESG factors.”

BlackRock, SSgA Funds Management, and Capital Group declined to comment.  At the time of publication, none of the other top shareholders had responded to RI’s request for comment.