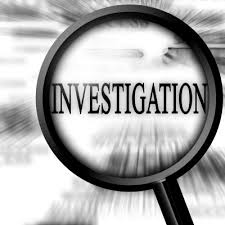 Major Scottish institutions, including the £13.9bn (€19.1bn) Strathclyde Pension Fund, have come under fire from the Scottish media for investments in armaments, fossil fuel and tobacco companies.

The new scrutiny on the portfolios of Scotland’s biggest institutions has been sparked by new e-magazine Common Space, which launched in January in response to mainstream media coverage of the independence referendum which led to Scotland voting to stay part of the UK. It is owned by the Common Weal think tank, an NGO which campaigns for social and economic equality in Scotland. Speaking to Responsible Investor, Angela Haggerty, editor of Common Space, which aims to cover areas outside the mainstream media, said it decided to investigate the investments of Scottish institutions as it felt it was in the “public interest”.

The issue has since been picked up by one of Scotland’s biggest newspapers, the Herald, and the National Union of Students Scotland. The investigation found that the Strathclyde fund, which is administered by Glasgow City Council, had investments worth £83m (€114m) in companies heavily involved in arms manufacturing, including Lockheed Martin, the manufacturer of Trident nuclear weapons. The Herald also reports that Strathclyde Pension Fund has more than £220m (€302.3m) invested in tobacco firms. A Glasgow City Council spokesman told the Herald that the fund has its own committee structure and governance which is responsible for investment strategy. He added: “The fund is a signatory to, and active participant in, the United Nations Principles for Responsible Investment – and we have appointed independent monitors to ensure these principles are adhered to by our investment managers.“We take our social responsibilities seriously and are recognised as a fund that is showing leadership both nationally and internationally in actively engaging with the companies in which we invest to challenge them to address risks and improve performance.”

Scottish universities are also under scrutiny with reports showing that nearly £3m (€4.1m) was invested by the universities of Edinburgh, Glasgow, Strathclyde and Robert Gordon in companies linked to the arms trade.

“We take our social responsibilities seriously.”

The largest sum was the £1.3m (€1.8m) invested by Glasgow University in a number of firms including BAE Systems, Europe’s largest arms firm.
Last year, Glasgow University became the first UK educational institution to commit to fossil fuel divestment. Edinburgh University is set to make a decision in the coming weeks.

NUS Scotland, which obtained details on investments through a freedom of information request, found £15m (€20.6m) was invested in fossil fuel companies and £1.4m (€1.9m) in businesses connected with alcohol.

Kirsty Haigh, vice-president of communities for NUS Scotland, told the Herald that it was “shameful” universities were still investing money into such industries.

However, a spokeswoman for Universities Scotland, which represents university principals, said the oil and gas, alcohol and defence industries all had a significant presence in Scotland with a large export contribution to the country’s economy.