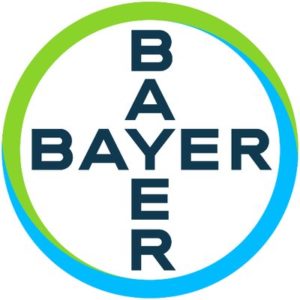 Former Deutsche asset management chief Christian Strenger is to confront German pharmaceutical giant Bayer at its annual general meeting later this month over its mishandling of its merger with Monsanto.

Two countermotions have been tabled at the company’s annual meeting on April 26 in response to a procedural vote on management performance.

Both filings express dissatisfaction at the recently completed merger with Monsanto which resulted in share prices plummeting and mass redundancies after a US court ruled that Monsanto’s Roundup product was linked to cancer.

To date Bayer has paid out $159m to two claimants, with an additional 11,300 cases reportedly pending their turn requiring contingency reserves of almost €300m being put aside.

One countermotion, filed by ex-DWS CEO and German corporate governance expert Strenger, said that the Management Board has shown “almost complete failure to deliver the key objectives” of the merger, which has so far delivered “an impressive market underperformance”.

Strenger further described Leverkusen-based Bayer as “the biggest and fastest value destroyer in DAX history” upon conclusion of the merger.

The remaining countermotion was tabled by Bayer pressure group Coalition Against BAYER-Dangers (CBG) over plans announced in November to axe 12,000 jobs which comprises 10% of its entire workforce.

The job cuts will largely take place at Bayer’s overseas units. The group’s management has reportedly promised German labour unions that no forced redundancies will take place until 2025.CBG’s countermotion also criticised Bayer’s fixation on profits, saying that it should have also taken the link between Monsanto’s Roundup and “cancer, genetic engineering and endangerment of biodiversity” into account during due diligence and not just “billions in sales”.

Under the German corporate code, shareholders vote to “discharge” the management for their performance over the prior year.

Voting against this agenda item is one of the strongest ways investors can make their dissatisfaction against management known, although the vote itself is non-binding.

Countermotions can be filed in response to agenda items and generally call for shareholders to vote against management. However, countermotions can also result in a separate vote, for example when proposing a specific amendment to a management proposal.

The CBG, one of the countermotion filers, was established in the 1980s to hold Bayer accountable for environmental degradation and alleged human rights abuses.

Speaking to RI, a CBG spokesperson said: “Bayer workers are dependent on their wages for a minimum standard of living and we see them as partners to our cause, not opponents.

“Many workers have shown sympathy to our goals and I believe this will only increase now that Bayer’s corporate policies have so obviously failed.”