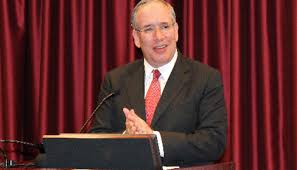 A coalition of US institutional shareholders, led by New York City Comptroller Scott Stringer, has filed a so-called “proxy access” proposal at 75 listed companies to end the practice of companies automatically installing their own candidates to the board – even in instances where a majority of shareholders oppose them.

Proxy access gives shareholders the right to nominate their own board candidates if they hold a certain percentage of company stock for a certain time period. According to Stringer’s proposal, called the “Boardroom Accountability Project (BAP),” shareholders who have held 3% of the company’s stock for at least three years could nominate candidates for one-quarter of the board.

The companies targeted by BAP include 33 from the fossil fuel industry, which, according to Stringer, are not addressing climate change risks; 34 that have little or no board diversity; and 25 that received considerable shareholder opposition in 2014 to executive pay plans. Among the more prominent companies on the list are US oil giants ExxonMobil and Chevron, truckmaker Paccar and Netflix, the online video-streaming firm.

“The current election procedures for most corporations would make Boss Tweed blush,” said Stringer, referring to the corrupt Democratic politician of the late 19th century who dominated New York City politics. “We are seeking to change the market by having more meaningful director elections through proxy access, which will make boards more responsive to shareholders.”To illustrate his criticisms, Stringer noted that of 41 board directors that failed to get majority shareholder support during the 2014 AGM season, 40 remain on the board as “zombie directors” – that is unelected but still serving.

Stringer’s BAP also comes just days after a proposal regarding proxy access at Oracle, the US software giant controlled by founder Larry Ellison, was narrowly defeated during Oracle’s AGM. Shareholders voting for that proposal included some of the biggest names in the responsible investment movement, notably CalSTRS, PGGM, APG and NBIM, the asset manager for the Norwegian Government Pension Fund.