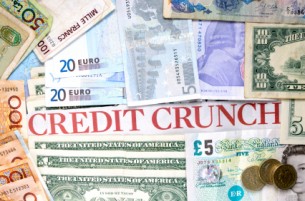 The global economy is showing tentative signs of recovery from the paralysis that has been gripping the financial sector. Credit has been loosened, and losses in real estate values appear to have bottomed out in some international markets. However, investors may be unaware that many of our crises may simply be changing battlegrounds, from the economy to the courts. In fact, the legal cases spawned by the securitised debt imbroglio of the last two years may long outlive the problems that caused them, and understanding the nature and scope of these suits are key to any investor’s assessment of the future. The new crop of securitised debt cases falls into three general camps. First, there are actions brought on behalf of investors who purchased overvalued securities on the open market. Plaintiffs in these cases usually allege that they had paid too much for stock because companies failed to properly write down securitised debt assets to market value. When these asset declines are finally revealed, share prices plummet, leaving investors with huge losses.
The revelation of the truth about a company’s true exposure to loss in the securitized debt market is the key to success in these actions.If a company’s books are still not transparent, and it continues to hide the extent of its imperiled assets, these actions are difficult to maintain. On the other hand, these suits may prove to be many beleaguered investors’ best hope for recovery of damages. In a May 2008 lawsuit, the State Retirement System of Ohio alleged that Merrill Lynch & Co. made false and misleading statements concerning its exposure to subprime debt, leading to massive shareholder losses. On January 19, 2009, Merrill announced that it would pay $475 million to settle the suit. In re Merrill Lynch & Co. Inc. Sec., Derivative and ERISA Litig., No. MDL-1933 (S.D.N.Y). Then there are actions brought on behalf of large purchasers such as institutions and pension funds who bought interests in CMOs and CDOs via prospectuses. In these cases, the plaintiffs were induced to purchase interests in CDOs or CMOs because of false and misleading information in the prospectuses regarding the quality of the underlying collateral. A frequent complication in these cases is that many of the banks issuing the prospectuses are now bankrupt, leaving plaintiffs to seek damages from underwriters and from former officers and directors.

Finally, there are actions brought by plaintiffs who purchased an interest in the income to be generated by securitised debt instruments. There has been a recent flurry of interest in this area in light of cases involving UBS and HSH Nordbank brought in the UK and the US. These cases involve HSH Nordbank AG’s claim that banking giant UBS unfairly profited from its sale of a $500 million dollar interest in a CDO to HSH.
The profits HSH could make from its investment in the CDO turned on the high quality of the collateral in a reference pool. However, because of a credit default swap agreement between UBS and North Street, UBS could benefit by placing bad loans in the reference pool. UBS also got to pick what loans to include in the pool, and what loans it could substitute into the pool. Not surprisingly, HSH got the short end of this bargain, and ultimately alleged that UBS had stacked the pool with bad loans for its own benefit. HSH and UBS filed parallel actions in the U.S. and the U.K. arising from this dispute. These cases face complex jurisdictional issues because the deals underlying them often include multiple contracts, each with distinct clauses determining where disagreements are to be litigated. The potential for mischief in these clauses is seen in a U.K. High Court’s recent decision that, in light of conflicting provisionsregarding jurisdiction in the U.K. and the U.S., UBS’ British case against HSH would be dismissed, leaving the U.S. court with sole jurisdiction over the conflict. In recent months interest has grown in resolving some disputes arising from the sub-prime mortgage fiasco without resorting to the courts. It may be possible to arbitrate some of these conflicts under the rules of new Financial Industry Regulatory Authority (“FINRA”) a newly constituted body that oversees disputes involving members of the New York Stock Exchange (NYSE) and the National Association of Securities Dealers (NASD).
FINRA rules require arbitration against NASD members “upon the demand of the customer” for any case filed after April 16, 2007. NASD Rule 12000. This is true even if there is no arbitration clause in the contract between the member and the customer, and cases state that is enforceable even when there are forum selection clauses naming foreign jurisdictions. Moreover, plaintiffs in disputes brought under the FINRA rules may have the benefit of more favorable substantive and procedural rules than those found in the courts.
Investors worldwide should keep a close watch on developments in these new cases, as their resolution may not only settle conflicts rooted in the past, but influence the direction of structured finance in the future.
Thomas Dubbs is a senior partner and Michael Stocker, counsel at Labaton Sucharow, the US law firm