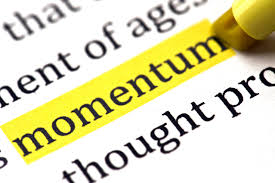 Today has seen a raft of developments across the responsible investment spectrum – and across geographies – that demonstrate the momentum in the sector.

Among the developments has been a joint appeal from Dutch pension investment giant PGGM and Danish pension administrator PKA calling on governments to assess policies and regulation obstructing investment in green growth.

The two investors – who run a combined €215bn on behalf of 2.8m people – call for “innovative de-risking models” to blend public and private finance, mechanisms to put a price on carbon, and closer cooperation between public and private parties aiming at creating a stable investment environment to boost impact investing. And they want policymakers to explore the opportunities within energy efficiency “to drive innovation, unlock private capital and mitigate risk of energy price volatility”.

“If we are to increase our green investments substantially, we need policy makers to commit to ambitious climate goals and provide investors with attractive incentive structures. We hope this report will serve as an input to the debate at COP21,” said Peter Damgaard Jensen, Chief Executive Director of PKA.

On top of this, the New Zealand Superannuation Fund has outlined its environmental, social and governance (ESG) beliefs in a publication entitled Why We Believe Responsible Investing Pays Off. It explores the foundations and implications of its commitment to responsible investment and summarises the underlying empirical evidence. “The strength of the evidence is now quite compelling,” the fund notes, citing evidence of reviews (by Deutsche Bank in 2012 and the University of Oxford in 2014).

In Australia, the Vote Your Pension (VYP) campaign has launched, calling on savers globally to contact their pension funds and persuade them to vote for a resolution asking banking giant ANZ to assess and reduce the carbon intensity of its lending and investments. ANZ’s annual general meeting takes place in Adelaide on December 17 and the initiative is being led by the Asset Owners Disclosure Project and the Australasian Centre for Corporate Responsibility (ACCR). The ACCR lead-filed the shareholder resolution on carbon asset risk that will be voted on at the AGM – and which the bank is advising its shareholders to reject.

Also in Australia, Future Super, which launched in 2014 as the country’s first fossil fuel free super fund, is saying it is now the world’s first carbon neutral pension fund.The measurement of the now A$100m fund’s carbon intensity and the compensating offsets for its remaining emissions were managed by South Pole Group

Elsewhere, BNP Paribas, the French bank, has come out today saying it plans to more than double the financing resources allocated to the renewable energy sector, from €6.9bn in 2014 to €15bn in 2020. The group has also decided to strengthen its policies for the management of carbon risk. CEO Jean-Laurent Bonnafé said the decision was “both an environmental and economic necessity”.

The bank will no longer finance coal mining activities, whether through direct financing of mining projects or by financing mining companies specialising in coal extraction – unless they have an energy diversification strategy in place. BNP Paribas is also going to include a climate component in its methodology for rating companies and projects it finances. This means that it will integrate the use of an internal carbon price in its financing decisions.

Not to be outdone, Deutsche Bank has adopted a formal statement on human rights, saying: “We must be guided by what is right, not just by what is allowed.”

Elsewhere, Germany-based Oekom research has expanded its product range with the launch of Oekom Carbon Services, providing data for investors “to identify and manage both current and future carbon-related risks and performance at issuer and portfolio level”.

And Trucost has published a paper advising investors on how best to go about measuring the carbon emissions associated with their investment portfolios. It’s called Portfolio Carbon Data: the Quality Imperative.

On the corporate side, 16 of the world’s leading energy and technology companies have come together, with the support of the World Business Council for Sustainable Development (WBCSD) to enable “near doubling” of renewable energy capacity by 2025. The announcement came at the EWEA (European Wind Energy Association) Annual Event in Paris.