Responsible Investor
Home News & Analysis Surge in support for E&S proposals by European managers not matched by...
Return to search 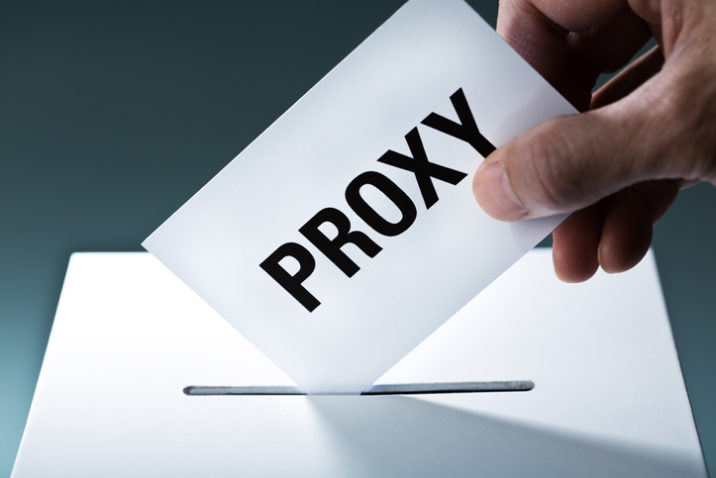 European investment heavyweights ramped up support for environmental and social shareholder proposals by 12 percent in 2022, while voting for such proposals among their peers in the UK and US stagnated, according to analysis by ShareAction.

The UK-based shareholder advocacy group today published its annual analysis of proxy voting by investment giants, comparing the records of 68 of the largest asset managers across 252 shareholder proposals, and ranking them accordingly.

It found that average voting among European-based investment managers for E and S proposals jumped from 69 percent in 2021 to 81 percent last year, while average support among peers in the US and UK barely shifted.

Average support for E and S proposals among the biggest managers in the UK dropped 1 percentage point to 64 percent, while in the US it rose slightly from 41 percent to 43 percent.

ShareAction highlighted how the improved performance of European managers coincides with the strengthening of EU legislation on ESG reporting. It pointed to the Shareholder Rights Directive, which came into force in September 2020 and requires managers to report on their shareholder engagement and investment strategies.

Aleksandra Palinska, executive director of European sustainable finance industry body Eurosif, agreed that this could be driving the regional disparity. “I think it is probably a combination of increased transparency brought on by the revised Shareholder Rights Directive, but also by Sustainable Finance Disclosure Regulation (SFDR),” she told Responsible Investor.

SFDR, the EU’s anti-greenwashing legislation, references “sustainability‐related stewardship responsibilities or other shareholder engagements” among information that might be disclosed under “procedures for considering the principal adverse impacts”.

‘Big four’ row back on support

The four largest asset managers – BlackRock, Vanguard, State Street and Fidelity – were also found by ShareAction to have supported “significantly fewer shareholder proposals” in 2022 than in the previous year, possibly reflecting the anti-ESG backlash sweeping the US.

On average, the quartet supported just 20 percent of E and S resolutions last year, compared with 32 percent in 2021.

The biggest drop-off was reported on environmental resolutions filed at firms in the energy sector. For instance, BlackRock backed 72 percent of proposals at energy companies in 2021, compared with just 16 percent in 2022.

BlackRock – perhaps the most targeted manager in anti-ESG rhetoric in the US – warned in May that it would oppose more climate proposals in 2022, arguing that they have become “more prescriptive or constraining on companies and may not promote long-term shareholder value”.

This perspective was echoed by a spokesperson for Vanguard. “After thorough assessment of individual social or environmental-related shareholder proposals, we determined that many were overly prescriptive in dictating company strategy or operations, and/or lacked a clear link to material risks and shareholder value at the company in question,” they told RI.

ISS recommended that managers vote in favour of 75 percent of the E and S resolutions assessed by ShareAction, while Glass Lewis recommended 42 percent.

“Of the E and S shareholder proposals BlackRock Investment Stewardship did not support, the majority were because the company had substantially implemented or was already making notable progress on the issue being addressed,” they added.

It wasn’t just US managers whose support dipped in 2022, with UK-based investors Baille Gifford, Ninety One and Liontrust all backing fewer environmental proposals compared with 2021.

Baille Gifford’s support for environmental proposals more than halved, with the Edinburgh-based firm voting for just 29 percent last year. In 2021, the figure was 60 percent.

Similarly, Ninety One’s support for environmental proposals dropped from 78 percent in 2021 to 41 percent last year. On social-focused proposals, its support also dipped from 60 to 40 percent. As a result, the firm fell 22 places in ShareAction’s overall rankings to 54 this year.

Daisy Streatfeild, sustainability director at Ninety One, told RI: “Shareholder proposals are one of a number of mechanisms available to influence companies, but optimally should not be necessary if direct engagement with companies is proving effective.

“We therefore do not expect to simply support all shareholder proposals on social and environmental issues reflexively. The proportion of votes we support in any given year will be a reflection of the topic, relevance and quality of the proposals.”

At the other end of the spectrum, US investment giants Northern Trust Asset Management and Franklin Templeton significantly increased their support for both social and environmental proposals.

Northern Trust was once again the highest-ranked US index manager, supporting 83 percent of E and S proposals, up 23 percentage points on last year.

Julie Moret, global head of sustainable investing and stewardship at the $999 billion manager, told RI that the fund was “committed to actively using our voice and voting with portfolio companies in order to drive positive change”.

“It is heartening to see the progress on stewardship, which reflects hard work and commitment by many,” Anne Simpson, Franklin Templeton’s global head of sustainability told RI.

Asked about the findings of the ShareAction report, Paul Chandler, director of stewardship at the Principles for Responsible Investment (PRI), told RI that he hadn’t seen the analysis in full, but noted that some signatories the investor body speaks to “often point to over-prescriptiveness in shareholder resolutions as a barrier to voting in favour of proposals”.

“But for investors who believe systemic sustainability issues pose a serious threat to investment returns, a more assertive stance may be necessary for making further progress, including through shareholder resolution votes but also board elections, engagement, and engagement with policymakers and other stakeholders,” he added.

Claudia Gray, head of financial sector research at ShareAction, said of the report: “Asset managers must strengthen their voting policies, ideally through a commitment to ‘comply or explain’ – meaning default support for resolutions with positive environmental and social impacts, and issuing a public explanation when votes are not cast in favour.”

Baille Gifford, Liontrust, BlackRock, Fidelity and State Street had not responded to a request for comment at the time of publication.