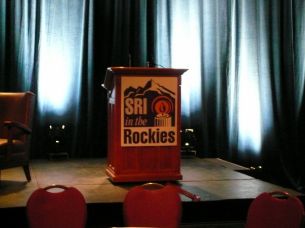 A number of US ethical fund managers are making a notable switch of strategy to become ‘sustainable’ investment managers and integrate environmental, social and governance (ESG) factors into their investment processes. The move brings them more into line with the prevailing institutional approach to SRI and the growing number of signatories to the United Nations Principles of Responsible Investment, which advocates ESG integration. Joseph Keefe, chief executive and president of Pax World, the Portsmouth, New Hampshire-based US SRI mutual fund manager, announced at SRI in the Rockies conference last week, that it had redefined itself on the sustainability theme. Keefe said the change put a positive emphasis on investment performance through integration rather than what he called the “negative formulation” of ethical screening.
Other US SRI fund managers at the conference, which said they had also placed ESG integration at the heart of what they do include Palo Alto-based Nelson Capital Management and Walden Asset Management in Boston, In a separate panel, Lloyd Kurtz, senior portfolio manager at Nelson Capital Management, said social criteria were still not being actively factored into company analysis byWall Street analysts: “These issues are being ignored wilfully, despite the wealth of research proving a correlation between corporate social performance and financial performance. This gives SRI managers great potential for long-term stock selection and outperformance.” Alexander Barkawi, managing director at SAM Indexes, said the growing acceptance of sustainability as a theme in the US meant that the group would launch the Dow Jones Sustainability Index into the country in the next couple of months. Barkawi also said he believed there was sometimes a “double standard” in the criteria that investors demanded for SRI and sustainability products and the ease with which some investors had become involved with opaque investment products such as credit default swaps.
On a separate panel, Barbara Krumsiek, chief executive officer of Calvert, the US SRI mutual fund manager, said she believed the SRI industry was well positioned to be a future guide on sustainable financial markets and to influence regulators: “The financial crisis was due to lax, wrong-headed regulation, with not enough time spent on asking whether credit default swaps should be regulated as other insurance instruments are.”