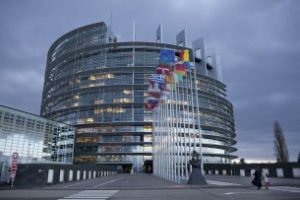 The European Parliament has adopted a resolution on sustainable finance after a vote of 455 to 87, with 92 abstentions.
It comes the week after the European Commission tabled its first four legislative proposals as part of plans to scale sustainable finance in the EU. Ultimately, the European Parliament will vote on those proposals, so – although the Parliament’s resolution on sustainable finance is non-legislative – its adoption provides clarity on its official position on the topic.
One observer said the move reflects wide-ranging and strong support from the Parliament on sustainable finance, which will lend support to the Commission’s Action Plan and provide them with impetus.
The resolution is based on a report developed under UK Green MEP Molly Scott Cato, and backed by the European Parliament’s Committee on Economic and Monetary Affairs (ECON).
Rapporteur Scott Cato said: “Since we will have eliminated fossil fuels from our economy by the middle of the century, we also need to eliminate assets that depend on them from our financial system.
“We need to see a race to the top on the sustainable transition: to take the best examples of sustainable finance in action from across the EU and use these to identify minimum standards for all.
The report includes proposals for green bonds to be verified and supervised by public authorities, stronger ESG disclosure requirements and fiduciary duty updates.
While the resolution largely mirrors the Commission’s Action Plan on Sustainable Finance in some areas, observers have noted that the European Parliament goes further than the Commission on other matters. Speaking at the Sustainable Finance Forum in Luxembourg today (May 30), Germany’s Green MEP, Reinhard Hans Bütikofer, said the European Parliament was looking to go further also by focusing on the potential for phasing out incentives to the fossil fuel sector, and not just focusing on incentives for green finance.
The Parliament’s resolution proposes a green taxonomy, also the basis of one of the legislative proposals announced by the Commission last week. But the proposal from Parliament pushes for the taxonomy to be based on “indicators that disclose the full impact of investments on sustainability and allow for comparison of investment projects and companies”. Ensuring the taxonomy is up-to-date and accounts for fast-changing technological developments is a priority for the Parliament and RI understands this was a key topic of discussion with shadow rapporteurs.
The European Parliament resolution also proposes the introduction of a European ‘carbon stress test’ for banks and other financial organisations, to determine risks such as stranded assets. RI understands that there are concerns that the European Commission does not have a strong commitment to stress testing and there will be pushes within the Parliament to change this.

Molly Scott Cato will be speaking at the RI Europe 2018 Conference on June 5/6 in London.