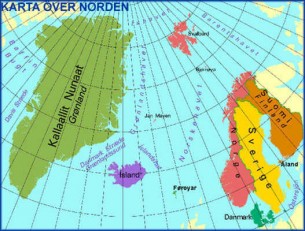 Sustainable Value Creation (SVC), a group of Norway’s largest institutional investors supported by the Norwegian government that has approached companies directly for bespoke CSR reporting, is to hold a first meeting during the first quarter of this year aimed at expanding the initiative amongst Swedish and Danish investors. It follows the publication in English of SVC’s first-year survey findings from Norwegian companies. In August 2008, the investors sent a questionnaire directly to the CEOs of all Norwegian companies listed on the Oslo Børs Benchmark Index regarding their environmental, corruption, human and labour rights policies. It received a 49% response rate from 76 Norwegian companies. The project is strongly supported by Kristin Halvorsen, Norwegian Minister of Finance, who has written the foreword for the first-year report, in which she says the challenge now for SVC is to ‘maintain momentum’. The expansion of the project into Sweden and Denmark – both significant markets for leading responsible investment institutions – could herald a major international expansion.
Nordic institutional investors are increasingly pooling resources on ESG issues. Three of the region’s biggest: Folksam, the Swedish insurer, Ilmarinen, the Finnish pension insurance company and KLP, the Norwegianinsurance company, recently formed the Nordic Engagement Cooperation (NEC), to coordinate their engagement activities with companies on environmental, social and governance (ESG) issues. The groups say they are also open to participation from other investors and are particularly seeking a Danish investor to make the Nordic group more complete.
Jeanett Bergan, head of responsible investments at KLP, said she was hopeful that NEC could at the same time be a platform for the expansion of Sustainable Value Creation initiative to other Nordic countries. The NEC collaboration is based on a systematic screening of approximately 4,500 companies in order to identify and examine possible violations of international conventions and guidelines. The groups say they aim to identify about twenty candidate companies each year for more in-depth assessment and then to conduct an active engagement dialogue with ten of those. The screening and the analysis are performed by Stockholm-based GES Investment Services. Anna Hyrske, senior advisor CSR at Ilmarinen, said: “I am thrilled at this opportunity for true Nordic cooperation. Through NEC we can pool our resources and therefore achieve significantly more in our joint engagement efforts compared to our individual engagement.”
Link to SVC English report