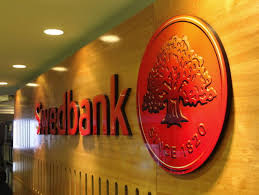 Swedish bank Swedbank has hit back at accusations from the Swedish Shareholders’ Association (Aktiespararna) that its asset management unit Robur overcharged clients in two of its funds because the products were passively rather than actively managed.

The funds in question are PRI signatory Swedbank’s Robur equity funds Allemansfond Komplett and Kapitalinvest, which have SEK83bn (€8.9bn) invested in them from about 1m clients.

Aktiespararna says it has evidence that over a 10-year period, the funds were not actively managed but instead simply tracked their benchmarks. Aktiespararna is headed by Carl Rosen, the former Head of Corporate Governance at Swedish state fund Andra AP-fonden (AP2) who went on the become the Executive Director of the International Corporate Governance Network from 2009-2012.

Aktiespararna says that as a result, clients in the funds should have been charged a management fee of just 0.36% per annum instead of the 1.4% they were charged. The association has filed a claim with the National Board of Consumer Disputes (ARN) on behalf of 3,000 clients seeing SEK7bn in compensation.

In response, Robur’s parent Swedbank has unveiled a lengthy document refuting the association’s claim. “We cannot see that any errors have been made. In our opinion, the funds in question have always been managed actively,” said Cecilia Hernqvist, Swedbank’s Head of Legal Affairs. “We have regularly disclosed how the funds have been managed and what the fees are.Moreover, the fees have not been higher than for other comparable actively managed funds on the market.”

Hernqvist also said that while her bank had nothing against the claim being heard, ARN, as a consumer protection agency, was probably not the best judge of such a complex case. This was partly because the ARN did not give the parties in dispute the option of providing oral evidence, she said.

Should ARN recommend to Swedbank that it pay the SEK7bn in compensation, Hernqvist said it would be necessary to take the issue to court. “That’s because if we don’t comply with the recommendation, we would end up on the ARN’s blacklist. That is out of the question,” she said.

That threat of a lawsuit against the clients represented by Aktiesparana has led Rosen, the association’s chief executive, to criticise Swedbank’s “mafia-like tactics.” Rosen told the Financial Times: “This is not America in the 1930s, this is Sweden in 2015. We see this as an empty threat, but it is very aggressive behaviour.”

Asked about the evidence the association provided to Swedbank to show that the Robur funds tracked benchmarks, Hernqvist said the bank actually believed that it supported its position. “We haven’t seen anything from them that would give us reason to doubt that the funds were anything but actively managed,” she said. “It’s also unclear to us how they arrive at the reduction in the fee.” The ARN is expected to rule on the case later this spring.