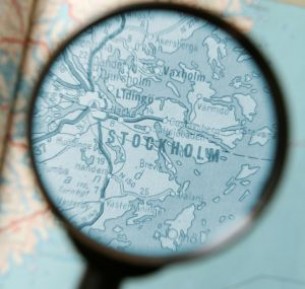 Research comparing the performance of SRI and standard mutual funds in Sweden has found that SRI underperforms, with only 13% of funds beating market returns over a period from January 2001 to September 2007, against 55% of standard mutual funds. However, it found that mutual funds performed better when a negative screen removing companies that don’t comply with international standards in areas such as human and labour rights – a so-called ‘norm-based screening’ – was applied to stock selection.
The research, carried out as a Masters finance thesis at Stockholm School of Economics by Camilla Stenström and Jessica Thorell under the tuition of Stefan Engström, research associate and an advisor to governments on pensions and asset management issues, analysed 23 SRI funds and 42 regular mutual funds, all registered for institutional sale in Sweden. Performance data from the funds was obtained from the Swedish Financial Supervisory Authority.
The analysis found that the SRI funds over the period had a negative mean alpha of -2.8%, while the regular mutual funds were positive by 1.1%. The report said: “This would support the theoretical perspective that SRI activities do not have a positive impact on financial performance. The null hypothesis that SRI screening does not affect the financial performance of mutual funds can thus be dismissed.”
Significantly, the research sought to identify whether the underperformance was a factor of stock selection or internal issues within the asset managers.It applied the negative ‘norm-based screening’ to the 42 standard mutual funds using information already applied to investments at the €250bn ($366bn) Norwegian Government Pension Fund and AP7, the €9.3bn ($13.1bn) Swedish pension fund as well as screening information provided by Ethix SRI Advisors. This created ‘replicator’ funds, which maintained the stock selection of each mutual fund after the norm-based screen had been applied and were tested over the same timeframe.
Of the replicator funds, 38 recorded positive alpha, 3 were negative and one neutral. The research said: “Of the 42 funds, 90% would have benefited from applying a norm-based screening of the portfolio.”
In 2006, the Swedish SRI market had approximately SEK122bn (€13bn) under management and had risen from 4% of the funds market to 11% between 2005 and 2006. Institutional investors have played a large part in driving this demand.
In October last year, a review by the United Nations Asset Management Working Group of its Environment Program Finance Initiative (UNEPFI) and Mercer, the investment consultant, of a sample of academic and broker research concluded that integrating environmental, social and governance factors (ESG) into investment decisions could match or improve current performance. It found that out of 20 academic studies, 10 found a positive relationship between ESG factors and performance, seven were broadly neutral, and three negative.
Download research
Contact authors: camilla.stenstrom@gmail.com
jessica.thorell@gmail.com